IFC FINAL PREVIEW: Raheens and Kilcock will fight it out to move up to senior ranks

Tommy Callaghan gives his predictions ahead of the big game 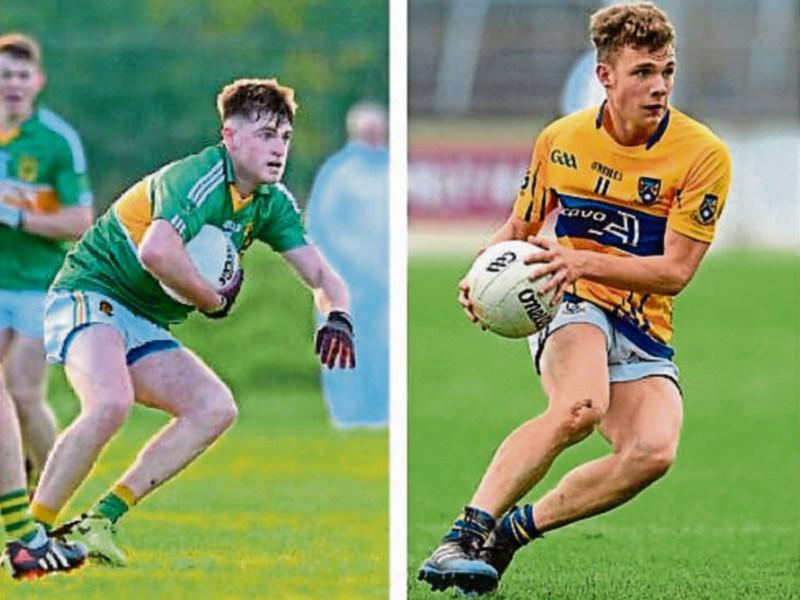 Regarded as one of the toughest of all the championships to win and on Sunday Raheens and Kilcock will fight it out not just to be crowned Court Yard Hotel Leixlip IFC champions but also to move up to the senior ranks.

Before a ball was kicked it was the men from Caragh who the layers installed as favourites to capture this season's title; not a tag any club likes to be burdened with but a soft draw in the opening round shortened their odds considerably.

Kilcock, on the other hand, were surprisingly held to a draw by Kilcullen (Rd 1) and while the boys in green gold upped their game (somewhat) in the replay, nevertheless they were not overly impressive even though they had five points to spare that day.

In Round 2, Raheens and Kilcock were drawn to meet, a game that was always going to have a big bearing on the championship.

Installed as red hot favs Raheens although only beaten by two points (2-11 to 0-15) put in a most disappointing display, while Kilcock were worthy winners and were instantly handed the favourites tag.

Round 3 saw Raheens take on Rathangan, always a tough team to beat and under manager Karl O'Dwyer they had shown decent form in this season's championship. However Raheens booked a quarter final spot, scoring three goals in the process, winning 3-15 to 1-15.

With Kilcock winning their opening two games they went straight into the quarter finals; it was a quarter final drawn that was waited  with much anticipation.

And the first team out of the hat?

St Kevin's had to some degree  come in under radar and were playing some fine football under manager  Noel Mooney, while Raheens, after their win over Rathangan were now firmly back on course

Kilcock drew Ballyteague in the quarter final and were expected to get over that particular opposition with some ease and while the game did not pan out fully as expected, nevertheless Declan Gibbons' side came through it, albeit after a struggle.

Raheens and St Kevin's went into action in the quarter final and while it was nip and tuck for long periods in the end the Caragh boys had two points to spare and their overall display had impressed many.

Down to the last four and there is no doubt who the two fancied teams were at this stage, Raheens and Clogherinkoe, the latter having got the better of Two Mile House in the quarters 2-15 to 2-12.

I must admit that when exiting St  Conleth's Park after seeing Raheens defeat St Kevin's I was convinced I had seen this season's intermediate champions.

However, within about two hours I had changed to, maybe or maybe not, as Clogherinkoe put on more than an impressive display against The House with some excellent individual displays and a very impressive midfield to boot.

And so to the semi final, in Newbridge, a doubt header with Kilcock and Monasterevan opening the day's proceedings.

To say this game was disappointing would be a bit of an understatementwith, Monasterevan getting off to the better start.

It was one of those games when the elements were always going to play a big part and while Monasterevan led at the break by one, it looked to be Kilcock's for the taking, such was the strength of the wind.

And that is more or less how it panned out, Kilcock finally shaking off Monasterevan to book their final place on a score line of Kilcock 2-11 to 0-9; in the end a convincing win.

Next up came Raheens and Clogherinkoe and with the latter playing with the elements one felt they would require possibly a four or five point lead at the break.

However when the half time whistle arrived it was Raheens who held the upper hand, albeit by just a single point buy they now looked to be prime position to kick on and reach their third final in six years.

Raheens dominated the second had, held The Cloghs scoreless until the 42 minute while they (Raheens) had opened a six point lead.

Clogherinkoe added just four points in the entire second half, all from frees, while Raheens pushed on to win eventually by six points (016 to 0-10).

Raheens are installed as firm favourites but no doubt Declan O'Toole will be reminding his charges they were expected to defeat the same opposition in Round 2, but failed on that occasion.

Raheens, who along with Moorefield, are the only clubs to have been crowned Leinster Club Champions, have improved as this competition has progressed. Tight at the back with Matthew Betts Symonds a commanding figure on the edge of the square in front of the very capable Declan Campbell.

The half back line with Conor Earley at no. 6, flanked by Thomas Dore and Tom Early, did very well against Clogherinkoe while David Fitzpatrick had his best championship game of the year in the semi final.

His partner, Rory Hannick is an excellent fetcher of the ball and he interchanges with a fair degree of success with full forward Liam Power, as we have seen on more than one occasion this year.

Wearing no. 10 is David Malone, who gets through an amount of work; Paddy Woodgate leads the attack and on his day can be a handful for anyone while Alan Igoe is a talented footballer and with consistency this year has proved difficult to handle.

Colly Power who missed the early part of the season has come back in and doing very well indeed; he played a big part when introduced just before the break for the injured Graham Waters in the quarter final.

Waters missed the semi final and must be a doubt for the final; if absent would  certainly be a blow.

Kilcock, one would imagine, are more than happy to be where they find themselves at the moment. They have played well at times but have also looked somewhat ragged struggling to win games they should have got over comfortably.

Manager Declan Gibbons, said after the semi final “we needed that win; Kilcock needed to get to the final; we are very happy; very pleased and we will hopefully give it everything against Raheens in the final.”

The manager added “Kilcock are  a very young team and that probably the reason why we go hot and cold at different times but they  battle hard, are good workers and if you can do both of these you are always in with a chance of winning.”

No doubt playing Division 1 league football  over the past few season is a major bonus for Raheens; they looked that bit more settled and should have enough to take the title.