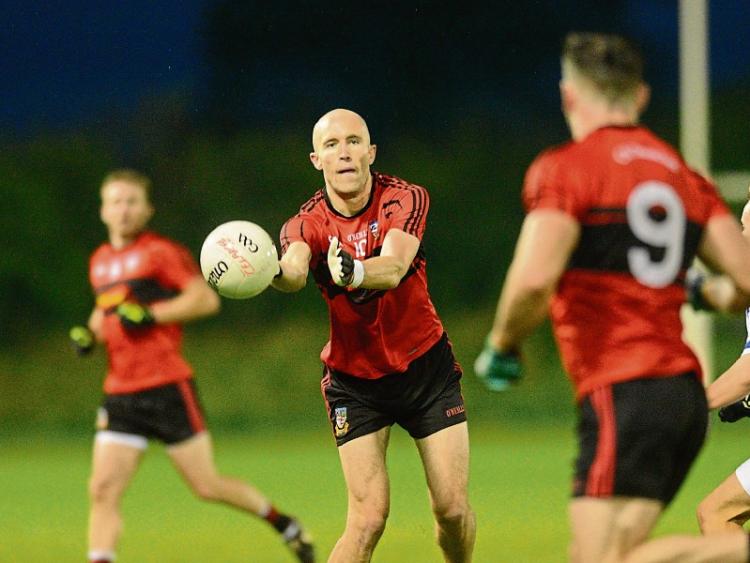 Between them Celbridge and Johnstownbridge have at least eight county players between them and when you add on players who have been involved in the last year or two; U21 players and minors that number creeps very close to double figures.

So no shortage of class between two teams who have been making steady progress over the past few years and now are just one game away from making it to county final day.

Celbridge had six points to spare over Naas in the quarter final but if anything that winning margin did not flatter them in the least. They were in control from early on and had Naas chasing for most the sixty plus minutes.

Shane McNamara is a top keep while Kevin Flynn, Hugh McGrillen and Michael Konstantin, when not performing  for one Conor McGregor, are all solid performers. The half back line has lots of pace, Ollie Lyons, Mick O'Grady and Tony Archbold, who is enjoying a fine season, get forward at every opportunity.

In Fergal Brophy they have one of the most talented players in the county and he  teams up very effectively with Conor Brophy.

Up front they are have players such as David Byrne, Davy Hughes and of course the impressive Paddy Brophy, who needs no introduction, while Shane Harte is no mean operator as his three points from play in the quarter final emphasised.

So what of The Bridge?

With one of their own, Brian Flanagan, calling the shots this terms, they have shown remarkable improvement this term; remember that hammering they got from Moorefield just 12 months ago.

What a transformation we have seen in 2017.

Luke Flynn is solid at no. 3, Seamus McNally a much under rated centre half while the experienced Ken Dixon 'minds the goals'.

Dessie Holton, Jamesie O'Connor and Joe Higgins are all doing well this season and while at this stage it is not clear if county man Keith Cribbin will make it back having picked up a hamstring injury a few weeks ago.

Barry McNally and Seán Hurley are a big strong midfield combination and while the latter did not have one of his better days against Clane, nevertheless have no doubt this is a talented performer.

Up front Paul Cribbin, Cathal McNally and Daniel Flynn (recent All Star nomination) need no introduction but Jimmy Farrell is one of the Johnstown unsung heroes; Sam Doran is fitting in well while Glen Doran is usually handy for a point or two.

Just like the other semi final this could well be another fascinating contest that is extremely difficult to predict; a game that hopefully lives up to the pre-match build-up.

Will it be Trevor O'Sullivan's team, a young man that is going places from a management point of view and under whose watch we have seen Celbridge team steadily improve over the last couple of years.

Or will Brian Flanagan open his management account with his home club of Johnstownbridge by guiding them to their first final since 1996 when they lost out to the Glenn Ryan led Round Towers side.

Little in it but for me I have to fall in with Celbridge.