Tommy Callaghan gives his thoughts ahead of the game 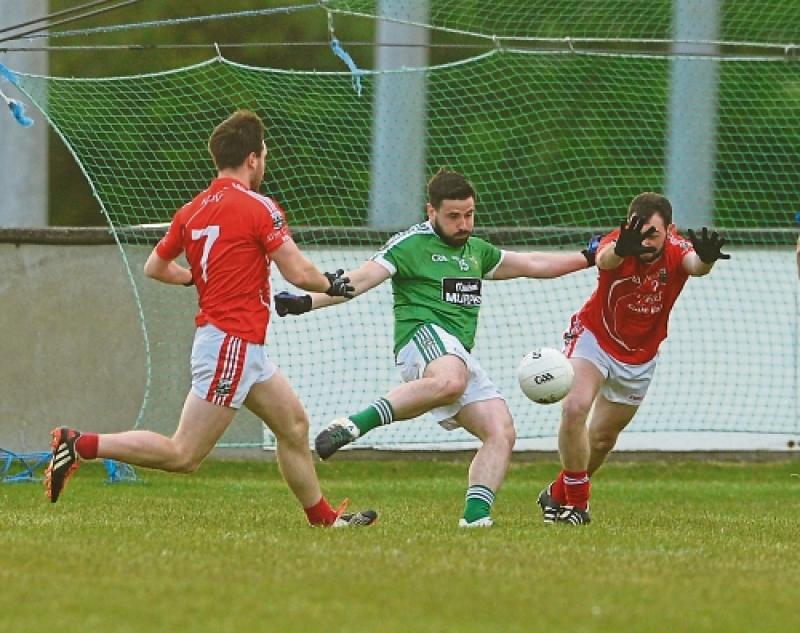 NIall Hurley Lynch of Moorefield gets the ball past Con Ronan of Athy in the SFL game at Moorefield in June. Photo:Adrian Melia

The Joe Mallon (Renault) Motors SFC is down to the last four and at this stage looks more open than in recent years with any of the quartet capable of lifting the Cup come the middle of October.

Moorefield take on Athy in the second semi final at St Conleth's Park on Saturday September 30, and what a game we have in prospect here.

Now installed as favourites to lift the title, Athy, under Emmanuel Kennedy and Brian Cardiff, have somewhat come under the radar a little this term and having disposed of Round Towers in the quarter now host last season's beaten finalists Moorefield.

Athy have been one of the underachievers of recent times, time and time again they have been fancied but have stuttered and stumbled when least expected.

Will they be any different come Saturday?

Certainly they looked much more settled this time around; are playing with confidence, putting healthy numbers on the score board and have an abundance of county players.

Midfield of course sees one of the most exciting players in the county, Kevin Feely, just nominated for an All Star last week, link up with Pascal Connell, who had an exceptional game against Towers in the quarters.

This is the platform for the boys in red but they have an abundance of talent, both at the back and up front.

The Hyland boys, David and Mark; the experienced Mick Foley at no. 6; Sean Ronan is having a great season at wing back while up front Niall Kelly is the main man but has loads of back-up with James Eaton, Cian Reynolds, Liam McGovern, not forgetting Darroch Mulhall.

Moorefield, buoyant after their defeat of Sarsfields in the quarter final, will be hoping to make it back-to-back final appearances.

Against Sarsfields they were in total control for some 45-50 minutes but then lost their way somewhat, possibly losing concentration which resulted in them giving the ball needlessly and without coming under any real pressure.

Up to that point they looked tight at the back; in control in the middle and dangerous on the attack.

Ross Glavin, although delighted to progress to the semi final, was not overly happy with the final ten minutes and said if that was to be repeated against another team they would not survive.

No doubt The Moores will learn from their errors of that day but also concentrate on much of their good play also.

It will indeed be interesting to see how the Newbridge boys will line up on Saturday.

Against their town rivals they left some big names on the bench and while that had a lot of people somewhat baffled by that decision, none more so than their opponents it has to be said, the move was a big success so it will be interesting to see if the management pull something new out of the hat for Athy.

Some of the young players in the green are playing exceptionally well this term. Players such as Liam and Sean Healy, Mark Dempsey, Aaron Masterson and Mark Murray; and when you add in the experience of Tom Kinsella, Kevin Murnaghan, Liam Callaghan, Daryl Flynn, the O'Connor boys, Eddie Heavy, not forgetting Ryan Houlihan, Adam Tyrrell, Roli Sweeney and the goal machine himself, Niall Hurley Lynch it is no wonder that the boys from the top of the town in Newbridge, will no lack confidence on this occasion.

Like the other semi final, this could be a real cracking game and while Athy are rightly installed as the favourites, not just to win this one but to go on and win the title, they still have to prove to many that when the going gets tough they have what it takes to get over the line.

If this comes down to a dogfight, and I wouldn't rule such a scenario out,  it is hard to pass over Moorefield but it will be tight, very tight and little or nothing separating them at the end of the day.