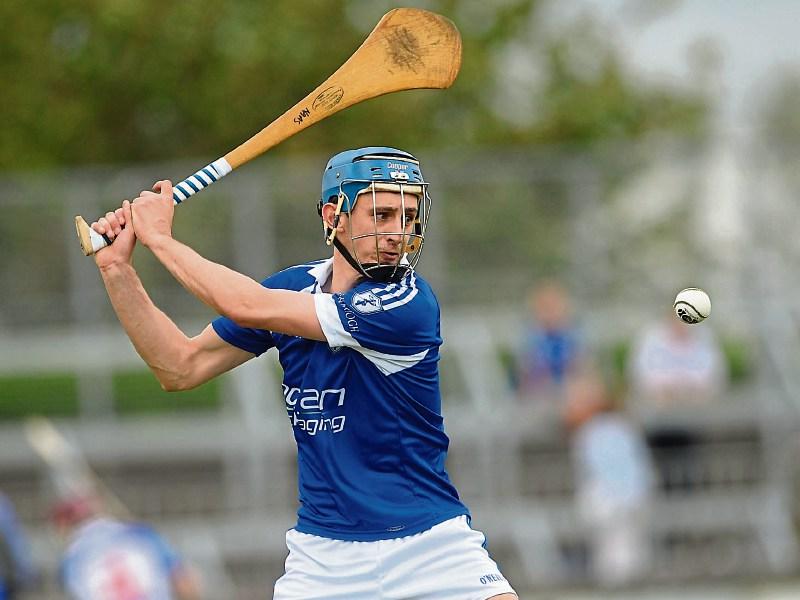 Cormac Gallagher will once again lead Naas out at St Conleth’s Park next Sunday and he is hoping to right the wrongs of 12 months ago as the  men from the county town go in search of a first senior county championship for the club since 2002.

Time may well have healed old wounds but the memories of that painful day won’t be fully confined to the past until Gallagher and Co finally get their hands on the biggest prize on offer in club hurling in this county.

“We felt that we didn’t do ourselves justice on the day” last year admitted goalkeeper, Gallagher. “We set out our targets at the start of the year and top of that list was to get back to a county final this year, right a few wrongs and hopefully go one step further,” he continued.

“We had a couple of months to stew over it (last year’s final) before we went back at it last January or February. But everyone knew we didn’t perform in last year’s final but to be honest we also knew that we weren’t allowed to perform that day because whatever way you look at it, Celbridge were the better team on the day.

“It’s one thing being beaten in a county final by a point or two, when in that instance you’d more often than not put your hands up and admit you were beaten by the better team, more so if you had put in a performance but it was disappointing for us that we just didn’t show up on the day.”

While Naas’ expectant breakthrough has been much anticipated for a few years now, they were grossly overwhelmed in the 2016 final, something that Gallagher hopes the experience of will stand to them this time around.

“It was possibly inexperience on the day that cost us mostly. We were all relatively young as a senior team in one sense – none of us had previously played in a senior county final and all the build up that comes with such a day – so maybe the whole thing from start to finish actually took away from our hurling once the game started,” continued Gallagher.

“This year, like last year, we have taken things game by game. It has never really mattered who we have played because we just want to win. There are only a few trophies you can win in one year and we’d be of the thinking that we are going to try and win them all.

“Winning the league obviously gave us confidence and with the championship coming around so soon after that, it all just seemed to roll into one and again, after each win, you gain more and more confidence.

“Donie (Franks) is with us again this year; he has learned more about us again this year, just as we have of him and how he wants to play. We have all worked well together and put in some good performances that have got us to where we are now.

“He (Donie) said from the moment he arrived in Naas that it was objective to win a county title with us. Just like us, he has the experience of last year too and we have all used that to our advantage.

“A lot goes on in the days and weeks before a final but fortunately this year we have three rather two weeks from the time of the semi final to prepare. But it’s all about turning up on the day and putting in a good enough performance.

“Ardclough are another very experienced team; they have lads in their team who have won county championships before and in a county final you will need to show resolve and bottle against teams like that.”