Ryan says they are out to prove the critics wrong 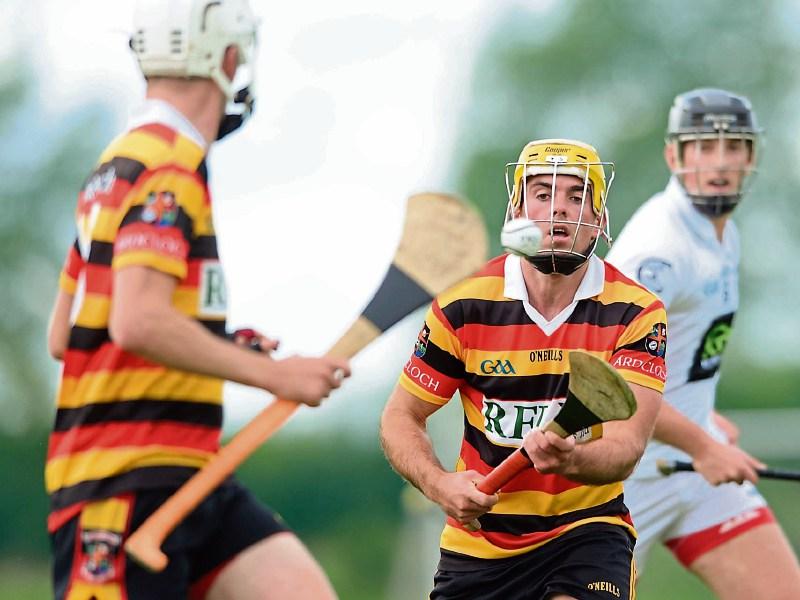 Captaining Ardclough this year is midfielder Paudi Ryan, a stylish performer, who is determined to lead his club back to the glory days, who last won the title in 2008.

Ardclough of course were kingpins of hurling in Kildare and tussells with Éire Óg back in 80s is legendry.

Paudi Ryan is determined to prove the critics wrong, and feels his side has the necessary credentials to cause an upset against hot favourites Naas on Sunday.

Ardclough, who defeated Confey in the last four courtesy of a last ditch goal from corner-back, Eoghan Walsh, after drawing the semi final initially.

“No better win than coming back from two points down to win it with virtually the last puck of the game,” exclaimed a jubilant Ryan following that thrilling win over Confey in Clane nearly a fortnight ago.

“We were already confident but winning it in this manner to get to a county final is a great feeling for all the lads.

“When we were down to 14 men there when Mark Lynam was sent off, things probably didn’t look too good. But we showed great heart to battle back, even after Confey got that run of five points on us to take the lead. But it’s a great feeling to be in a county final.

“The young lads who are coming through – Niall Delahunt, Eoghan Walsh and the like – they really stood up and showed leadership. We have plenty of experienced lads in the team but the young lads will also be needed to now drive this on once again.

“It’s huge for the club to get back into a county final. We were last in one in 2015 but haven’t won one since 2008, which is a long time for a club like Ardclough. It’s a proud moment for all of us knowing that we will be representing our club in a county final.

“I’m shocked yet delighted to be captaining this side. I’ve always dreamed about leading my club into games like this (county final day) and looking forward to it, I can’t wait.”

Ryan is only too aware will going into the game as warm favourites.

“Of course, they (Naas) will go in as hot favourites and that is fair enough because of their form this year. But we will thrive as being the so-called underdogs; people have been writing us off, saying that ‘Ardclough are gone’ and that ‘Ardclough are full of auld lads’ but we are determined to show everybody what we are made of.”