Who will make the final four? A look ahead with a twist at the Kildare SFC quarter-finals

The Leinster Leader's Colm Schwer shows his poetic side with '4 battles, 1 day' 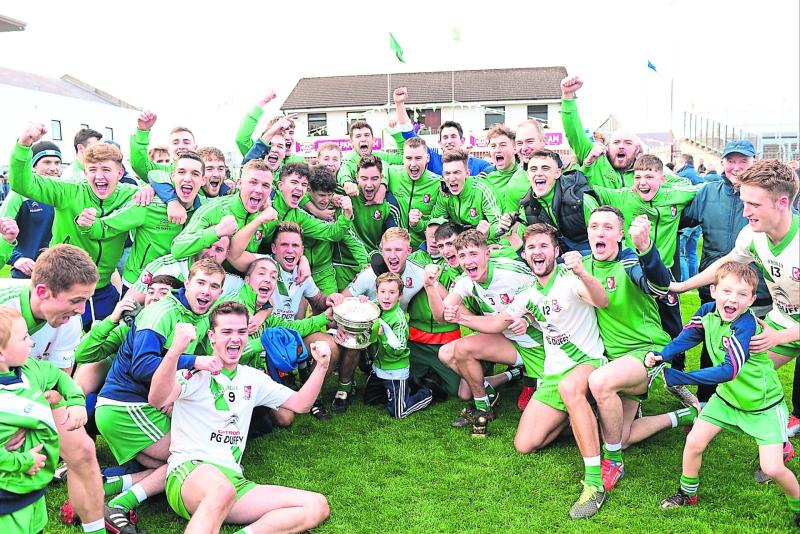 September 16th is the night before the All Ireland,

but in Kildare it is quarter final decision time.

We have 4 games on Saturday which is a GAA fan's treat,

as 8 teams prepare to compete.

We start with JTB and Clane,

most would predict only JTB will reach the frame.

McLoughlin and Naughton will try and stop them,

but Cribben, Hurley and Flynn could annihilate them.

We then have the “Battle of Newbridge” to savour,

which should be to every Kildare fan's flavour.

Yes its Moorefield and Sarsfields in the quarters,

a game that could only be held in Kildare's Headquarter's.

Sarsfield's going for three in a row,

with Moorefield trying to stop that victory flow.

but one thing is for sure Moorefield will give them their fill.

Moores with Roli, Murnaghan and Eanna,

if you backed the draw I wouldn't blame ya.

Then onto Hawkfield for the third of the day,

another tenner we have to pay.

Athy a cert according to Paddy Power's.

Ryan's well drilled side have already caused an upset,

yes they are a threat.

surely they will have too much firepower and will break the Tower's stubborn wall.

Last but not least,

we have a tactical feast.

Celbridge and Naas has the potential to be a cracker,

with so many county stars on offer.

can their senior team deal with Celbridge's pace.

With Leper, Joyce and Doyler,

the question still remains have they enough in the locker.

McNamara's kick outs could be key,

or even a David Hughes free.

Many of Celbridge's hope's rely on Paddy Brophy,

to bring back the illustrious trophy.

A great weekend of GAA starting in Kildare,

only time will tell!!