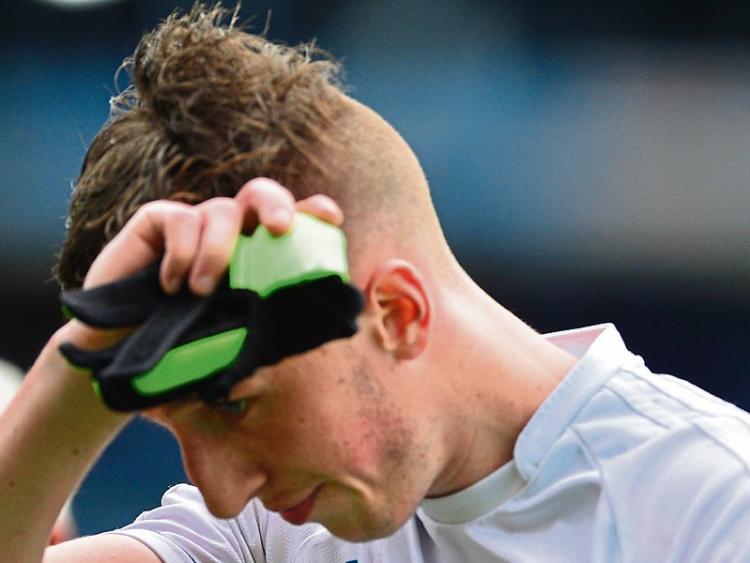 Neil Flynn, ruled out for Kildare's opening game against Laois with a hamstring tear

Kildare have been dealt a major blow prior to next week’s Leinster SFC quarter final against Laois in Tullamore.

Ace forward Neil Flynn has been ruled out of contention for between 4 and 6 weeks with a hamstring tear, ironically picked up in a training match at last week’s camp in Portugal.

Manager Cian O’Neill said “it is a big disappointment for the player himself and for the group as a whole. It was simply one of those things that happens and nothing can be done about it.

Flynn joins Ben McCormack on the sidelines aftere the Sarsfields man had surgery on his foot on Monday last in Santry, which went satisfactory, but will keep him out of action for up to ten weeks.

O’Neill said they would not be calling in additional players to the panel. “We have been working off a panel of 35 (now 33) but we are happy with the squad and looking forward to next weekend.”