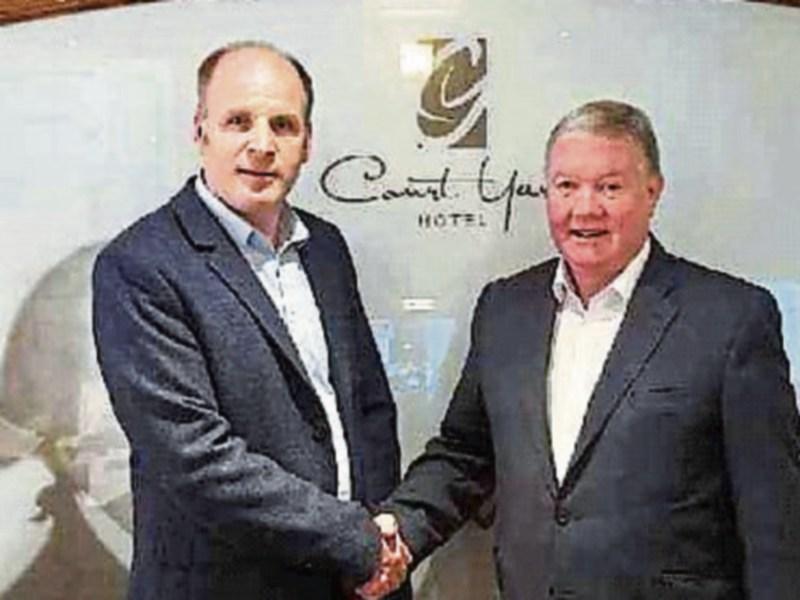 The Court Yard Hotel, Leixlip, have been unveild as the new sponsors of the Kildare Intermediate Football Championship.

The Court Yard Hotel Leixlip is part of the Moriarty Group and was opened in 2005. The Moriarty Group was established in 1987 by businessman and entrepreneur Luke Moriarty and comprises three supermarkets trading under the umbrella of SuperValu, two hotels and two sub post offices.

Through the success of its businesses, the Moriarty Group has established itself as a market leader in its chosen fields.

Managing Director of the Moriarty Group, Luke Moriarty, commented that this is a very exciting time for Kildare GAA and he is very happy to be involved with this sponsorship deal.

Welcoming this sponsorship deal, Ger Donnelly Chairman of Kildare Co Board said that “having the Court Yard Hotel Leixlip on board emphasised Kildare GAA’s attractiveness as a sponsor to the business community and we look forward to working with Luke and his team in 2017 and beyond. Having such a progressive business sponsoring Kildare GAA’s Intermediate Club Football Championship 2017 reflects our ambition as a GAA county moving forward.