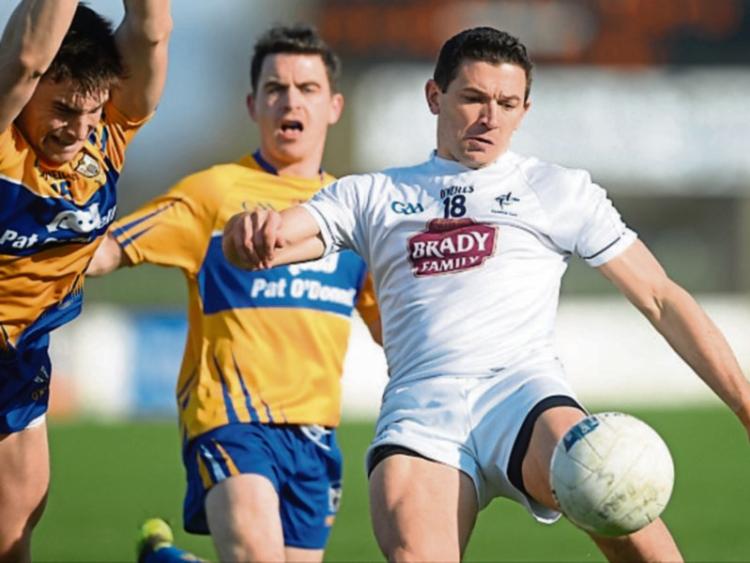 Leading by five points at half time and with the wind in their favour, Kildare looked to be in a great position against Clare in the Division 2 Round 6 clash at Newbridge but Clare put in a mighty second half display to push The Lilies all the way.

A goal by Shane Brennan in 42 minute leveled up matter and when Keelan Sexton fired over a point the home side looked in big trouble.

Add in the fact that Kevin Feely picked up a black card as did David Slattery and the fans were becoming somewhat restless.

However, as Paul Cribbin said after the game, “last year we might have lost this but that is the difference between then and now.”

And it was Cribbin himself who led the charge with three second half points as The Lilies edged over the line on a final score of Kildare 0-18 Clare 1-14.

Clare’s Eoin Cleary had a great chance to level but a close-in free in the 71 minute drifted right and wide.