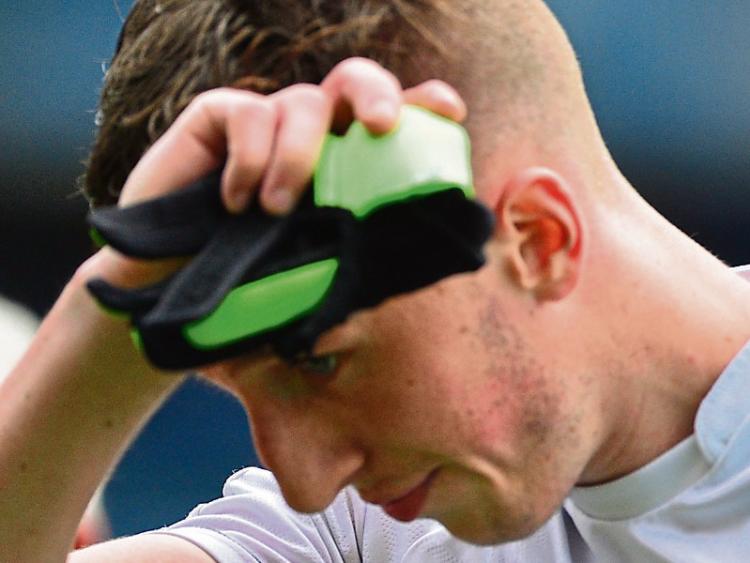 Kildare senior footballers have been dealt a big blow with the news that ace marksman, Neil Flynn, has undergone an appendicitis operation that will keep him out action for a minimum of six weeks.

Kildare’s leading scoring in this season’s Allianz Football League (Division 2) with 17 points (12 frees) from four games, the Maynooth men is the second member of the Kildare senior squad to have had his appendix removed.

Emmet Bolton had to undergo an emergency operation on Christmas Day and has yet to return to full action, although it is understood the Eadestown man is making good progress.

For Neil Flynn and Kildare, it is a big blow, since the season began Flynn has been stadily becoming a more influential figure and with Sarsfields’ Ben McCormack also on the sidelines with a hamstring it certainly curtails Cian O’Neill’s options for next Saturday’s clash with Down in Newry (Saturday Mrch 18)