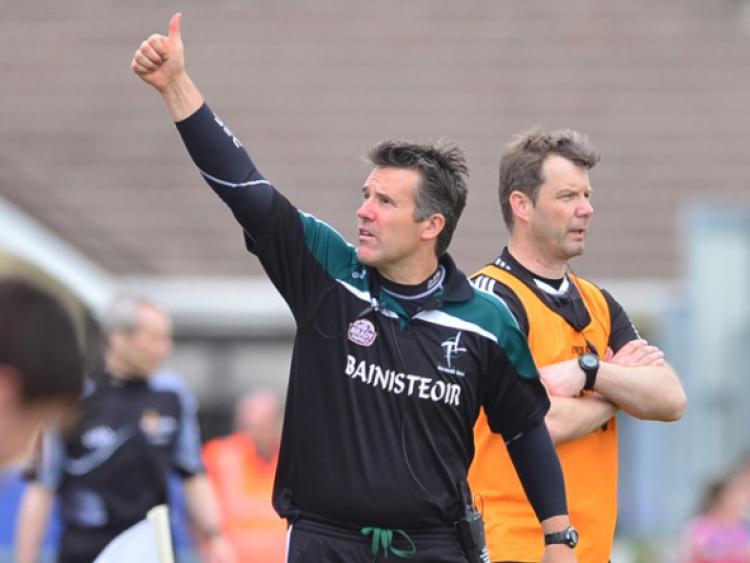 And so it’s a clash with the Rebels on Saturday evening (7 pm) in Semple Stadium, Thurles that awaits Jason Ryan’s side with a place in the All Ireland quarter final up for grabs, writes Tommy Callaghan.

And so it’s a clash with the Rebels on Saturday evening (7 pm) in Semple Stadium, Thurles that awaits Jason Ryan’s side with a place in the All Ireland quarter final up for grabs, writes Tommy Callaghan.

A far cry indeed from a few months ago when morale was on the floor having suffered the ignominy of relegation to Division 3 of the Allianz Football League.

Since then of course the Lilies have shown remarkable resolve despite having suffered a further set-back after the hammering from the Dubs along with three players opting out and heading to the States.

A draw and a win over Laois was encouraging; defeating Offaly is always a great feeling and now a clash with Cork in round 4A of the qualifiers is something to whet the appetite.

But remember this is a Cork side that left a Munster final behind them just over a week ago. A Cork side that trailed Kerry by just a single point at half time last Saturday night in Killarney and were still in with a chance of toppling the Kingdom midway through the second half.

In the end, a change of tactics from the Kerry management, realising they were getting no change from firing in high balls on top of their captain Kieran Donaghy, they withdrew the big man, introduced the Gooch and while the former Player of the Year is still a long way from his best following his cruciate ligament injury, nevertheless it was his quick thinking that set up the vital goal that broke the heart of a Cork side who almost instantaneously lost their way, lost their shape and within minutes looked rudderless and all at sea.

Can they now pick themselves up in six days; regain their confidence; re-adjust their focus and end Kildare’s championship season of 2015?

We really won’t know that until some time after 8pm come Saturday; maybe some indications soon after 7pm but it all leads to an intriguing clash but despite Cork being installed as 1/4 favourites (Kildare 4/1, draw 10s, handicap Kildare evens +4) one feels that the Lilies are in with a squeak.

But having said that it should be remembered that Cork will not have become a poor side over night.

Players such as Shields, O’Driscoll, O’Connor, Kerrigan, O’Neill and Goold are household names.

Cork had a great league (apart from the final) and came within a whisker of toppling the All Ireland champs.

But losing a provincial final is a big set back at any time and Cork are no different than any other team in this regard but they (Cork) are a big robust very athletic side with some top class players but having to play in round 4 of the qualifiers instead of looking forward to an All Ireland quarter final will surely have a detrimental effect.

From a Kildare point of view this is an opportunity, a great opportunity, to turn a horrible season on its head.

They have shown tremendous resolve since that shattering defeat to Dublin and while there is no doubt that the opposition they have encountered could not be classed as the strongest in the country, nevertheless they did what they had to do and did it will, and have shown improvement game on game.

As for Saturday, who knows? There are a lot of ifs, buts and maybes but if Kildare can show yet more improvement and if Cork are suffering from a Kerry hangover then anything is possible.

Could there be yet another twist in Kildare’s fortunes in the season of 2015?