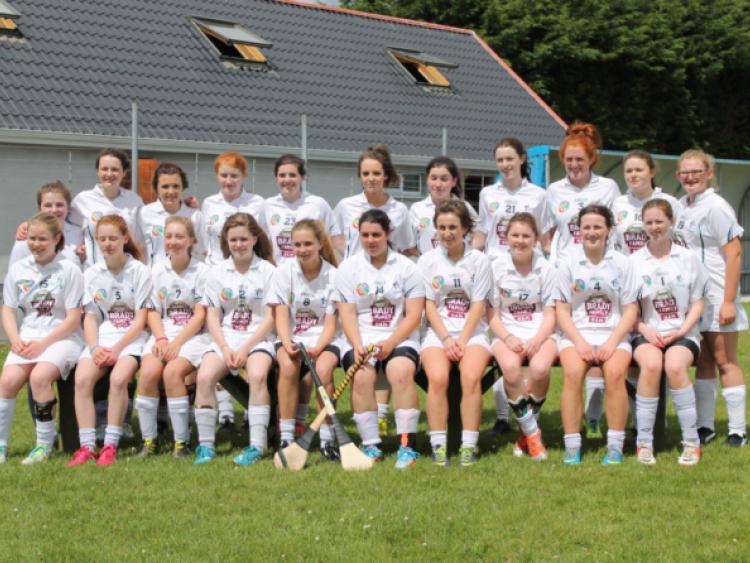 Kildare U16 camogie team travelled across the Shannon to take on Roscommon at Athleague in round 2 of the All Ireland series last Saturday.

Kildare U16 camogie team travelled across the Shannon to take on Roscommon at Athleague in round 2 of the All Ireland series last Saturday.

The game began poorly for the Lillywhites and Roscommon raced into a sizeable early lead, scoring a goal in the first attack and adding a further two points before the scoreboard clock reached the twelfth minute. The home team’s almost total dominance of possession and territory would have yielded more scores but for some excellent work by the Kildare defence. However, that was as good as it got for the Rossies, as Kildare began to play their way into the game. Lea Sutton sent over the first score on 17 minutes.

From the puck out, the ball was returned to the Roscommon danger area where Aoife Walsh beat two opponents and transferred well to Sutton who shot low to beat Fiona Tully. Tully had earlier made a brilliant stop from a Sutton stinger and Hannah Breslin was unlucky to see her fine ground stroke rebound off an upright. Kildare improved their scoreboard position before half time with pointed frees from Roisin O’Neill and Ciara Egan to lead by 1-03 to 1-02 at the interval.

Sutton extended the lead early in the second half with Niamh Farrell replying for the home team from a ‘65’ in what was to be her team’s last score of the day. Sutton again pointed before Breslin cut in from the left and struck low for her side’s second goal.

On eight minutes, Sutton sent over her third point of the half, having received a fine delivery from Hannah Cusack. Shortly afterwards Cusack, playing well, transferred accurately to Egan who scored the first of her second half hat-trick of points in an impressive display. Inside the final quarter,

Kildare management began to empty the bench, giving as many players as possible an opportunity to show their potential. On twenty minutes Roscommon goalkeeper Tully produced another great save from a Sutton pile-driver and win that personal battle two-one. Six minutes from time, Sutton closed out the scoring with a fine catch and strike from distance.

The Kildare management team of Donal O’Neill, Catherine Conway and Hilda Breslin were delighted with the victory, all the more satisfying following the poor start to the game. This was the team’s first competitive game in three months and improvements are expected for the Westmeath encounter.