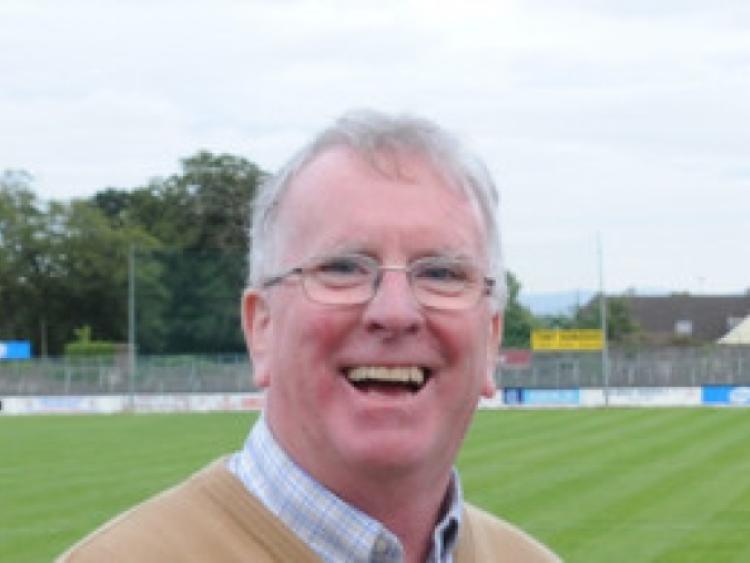 Hands up all those who ever walked into an empty room but felt an eerie feeling that someone, or something was there somewhere, though not visible to the naked eye?

Hands up all those who ever walked into an empty room but felt an eerie feeling that someone, or something was there somewhere, though not visible to the naked eye?

I experienced such feelings last week at a gathering of the grass roots of Kildare GAA at their monthly meeting in the Birds’ Nest at St Conleth’s Park.

No, the room was not empty, although less than half of clubs represented, there was a somewhat eerie feeling nevertheless.

The top table was down to a manageable seven bodies as the opening prayer ritual was gone through.

The Ardclough delegate was on his feet early complaining about the fact that although two or three of his players had played in the early rounds of the IHL they were now ineligible as, due to a shortage of numbers, they had to line out in the SHC game at the weekend.

The chairman-in-waiting said he had great sympathy with the delegate but rules are rules and those players could not now finish out that particular league.

A motion to congress on same could rectify the situation opined the chairman.

We move on as that strange feeling remains, hard to describe but definitely present.

Subjects aired such as clubs failing to fill in demographic survey form, to ball boys (for qualifiers) must be appointed by Croker.

Serious stuff or what.

The hurlers, we are told, got a €200 slap for encroaching on to the pitch in Derry while the FRC report also got a mention.

Strange feeling remains as a few delegates, occupying the same seats for at least a quarter of a century, bring up the same problems as they did the previous month, the previous year, the previous ...

One would be forgiven for thinking that some of these lads look at this gathering as a bit of a night out.

Yet, the topic that all Kildare GAA folk are talking about remains under lock and key. But it’s there in the room; you can feel it; you can nearly smell it.

The issue of insurance is next up as all are reminded that exotic items such as ‘scrap metal’ days, the use of bouncy castles and all such activities outside of football, hurling, camogie (and possibly indoor bowls) are not covered by GAA insurance.

Fixtures get a mention, hurling in particular as those who are still awake are told that the SHC will be played next weekend either Saturday or Sunday, depending when the footballers are fixed to take on Down.

The ‘F’ word has got a mention at last.

We’re hitting the crossbar now as the spirit, or should the be, the elephant in the room, is coming dangerously close to being uncorked.

But no need to panic.

We move swiftly along as Kildare’s Mayo Leinster Council delegate informs us that it won’t be long before the CCCC (Croke Park) will be ‘co-ordinating’ fixtures throughout the country to ensure competitions finish the same year that they start.

The man who minds the pennies informs us he got a cheque for €30k from Club Kildare while the recent golf outing will bring in around €10k.

And that is that.

The eerie feeling is lifting as the elephant in the room fails to make the agenda.

Just two days after the Lilies are dumped from Leinster, it would seem not one member of the reduced top table or not one delegate, had the courage, the inclination, the balls, or maybe even the interest, to raise Kildare’s exit from the provincial championship.

Then again, it can be difficult to find an elephant in a birds’ nest!