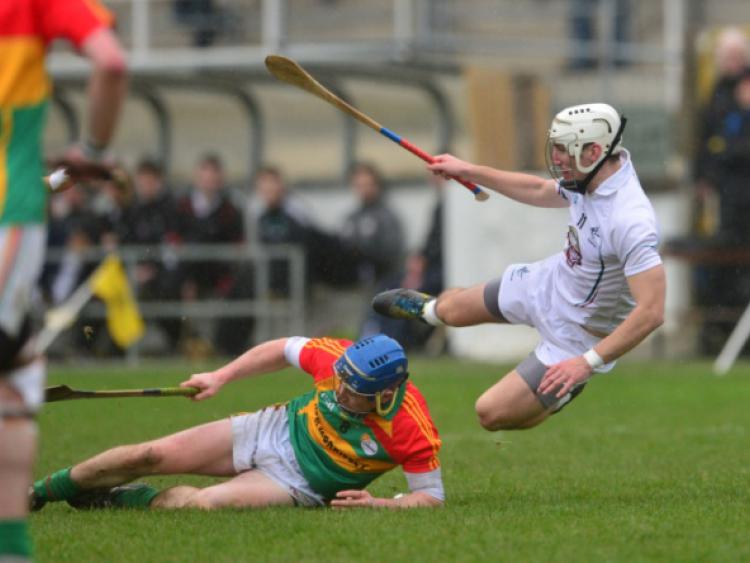 The Tipperary man was relatively pleased with how his charged performed during the opening 35 minute period, but thereafter the Lilies were swept aside with ease by their visiting neighbours.

“We’re very, very disappointed with the second half. We would have been pretty pleased with the first half. We played against the wind and went in three points down but we were on top for most of the half. We took a hurling lesson in the second half though. We didn’t think on our feet at all,” said Lawlor at full time.

The Lilies went some 53 minutes without a score from play, which is another cause for concern for the former Ardclough boss.

“That’s one area we’ll have to look at now. We were creating the frees in the first half and taking the chances. The amount of scores we conceded in a row in the second half in a ten minute spell is what killed us off. I thought we were well in the game and I thought possession wise we had as much ball in our full forward line as they did in the first half. They just took over in the second half and they used the ball much better than we did,” he admitted.

Kildare indeed trailed by three at the break and were still well in contention ahead of the second period. However, Carlow came out a during a period of domination, hit seven points without response and it was this that disappointed Lawlor most.

“We had a chance to get the first score of the second half but from then on we totally fell away. It shows that if you drop your intensity even five per cent then your whole performance goes down 50 per cent,” he remarked.

“It’s a steep learning curve. Carlow are operating at a higher level than us for the last couple of years and you could see that in the second half. They’re use of the ball was so much better that ours,” added Lawlor.

Taking some positives from the opening round encounter, Lawlor says Kildare’s 53rd minute goal was the move of the game, however he would have like to have seen a lot more of that from his charges.

“Our goal in the second half was probably the best move of the whole game but it’s unfortunate that we can do that for 15 seconds and then totally not use the ball intelligently for the rest of the half,” he said.

Up next are two away trips to Kerry and London respectively and Kildare will need to get points on the board if they are to avoid a relegation battle.

“We never settled on frees. Carlow’s dead balls and line balls were much better than ours so that’s another thing we need to look at.

“We also have to work on our decision making. We were well in it at half time so we need to work on the guys’ heads more than anything.

“When the fixtures came out this was always going to be our toughest game. Carlow are a good side so there’s no shame in losing to them but it makes next weekend in Tralee even more important,” said the Tipperary native.

Kildare travel to Tralee this Sunday to face Kerry, who opened with a win over Derry last weekend.