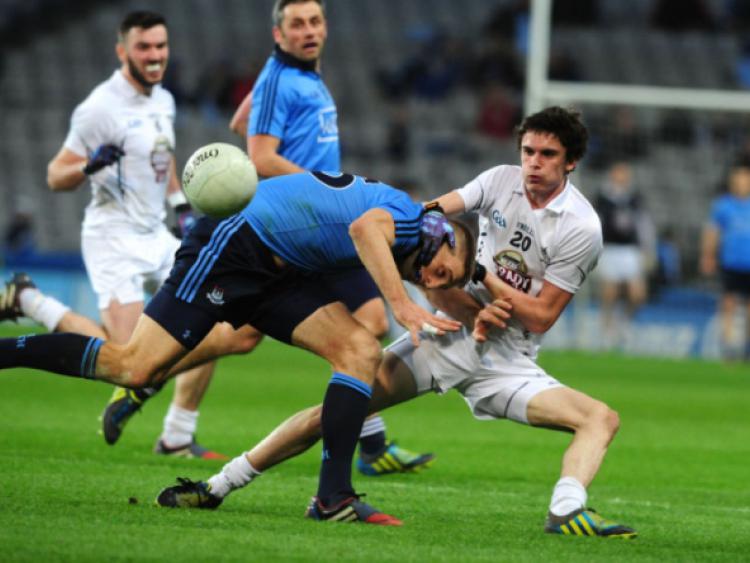 The pressure is mounting on Kildare to retain their Division 1 status following the ten point defeat against All Ireland champions Dublin in Croker on Saturday.

The pressure is mounting on Kildare to retain their Division 1 status following the ten point defeat against All Ireland champions Dublin in Croker on Saturday.

However it was Sunday’s results that really put the cat among the pigeons so to speak with Kerry’s demolition of Tyrone, which not alone gives the boys from the Kingdom their first win in the league but it also gives them a plus seven scoring average, which edges them ahead of Kildare who have the same number of points (two) but now have an inferior scoring average of minus eleven and with Kerry the visitors to Newbridge on Sunday this is now a massive game for Kildare.

But back to Croker and while Kildare did, at times, play some fine football, the game emphasised just how far Dublin are ahead of the chasing pack.

The sheer power, pace and strength of the Dubs was simply too much for Kildare. The wave after wave of relentless pressure crushed the Lilies into the ground.

Dublin possess a panel of players that no other county has at the minute and when one looks at the players out through injury, or whatever, it is near to impossible to see them being defeated come the summer.

For Jason Ryan and his management this was always going to be a very difficult learning process. Giving the younger lads their opportunity was, without question, the correct decision regardless of how the league pans out.

Players must get game time against the best; must gain experience at the highest level and that is what they are getting now.

Kildare played well at times on Saturday; in fact played very well, creating four real goal opportunities but through a lack of experience; a lack of that final bit of finishing flair, plus of course some great defending by Cluxton and co, managed to find the net just once and there in lies the difference.

But we cannot forget this Dublin side has been on the go now for a few seasons and while many of them have league and All Ireland medals in their pockets it did not happen over night.

No doubt Jason Ryan will have learned hugely from Saturday’s game, coupled with the Tyrone experience the previous week.

The manager will be fully aware now of the areas that require urgent attention but in all fairness top class players are not falling off trees. This Kildare side is a job in progress and as we have said here previously, retaining Division 1 status would be a real achievement taking into consideration the amount of players out through injury; the inexperience of the younger lads and possibly one or two of the older boys feeling the pressure.

One of the real disappointing aspects of last week’s game was the amount of times Kildare gave away possession; slack hand passing and at times a misunderstanding between players.

These are all aspects of the game that can, and hopefully will, be improved on.

Making such mistakes against a side of the calibre of Dublin was always going to be costly and so it proved.

Now with only three games remaining against Kerry at home; Derry away and Westmeath at home, surviving in the top division is certainly going to take some doing..

Sunday’s game against Kerry could go a long way in deciding Kildare’s league status for 2015 one way or another. It won’t be easy and that’s for sure but one game doesn’t make Kerry an unbeatable team.

The Lilies are due and deserve a break, hopefully it comes on Sunday!