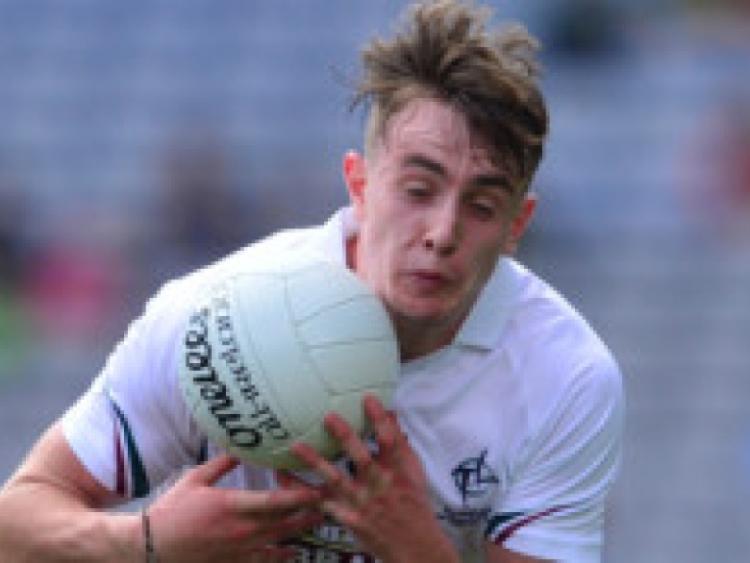 An impressive Kerry side ended Kildare’s hopes of All-Ireland glory with a comprehensive win at Semple Stadium on Bank Holiday Monday afternoon.

Brendan Hackett’s side were a distant second best with Kerry dominating the middle third while their clinical forward put the constant supply of ball to good use.

The warning signs were there for Kildare in the early stages when Kerry scored the first two points of the game. Michéal Burns proved to be a constant thorn in Kildare’s side and he laid out his intentions of what was to follow by opening the scoring.

After those early points, Kildare carved out a goal chance when Seán Dempsey picked out Ben McCormack. The Sarsfields man made his way in along the endline but then hit the side netting when he maybe had better options waiting in the middle.

McCormack then scored Kildare’s first point in the sixth minute before Burns landed his second from the left wing.

Kildare then enjoyed a good spell and hit three points in as many minutes helped them into a 0-4 to 0-3 lead by the 12th minute but they failed to score in the remainder of the half.

After that brief flurry, Kerry gathered themselves and hit the back of the net when Killian Spillane teed up Jordan Kiely in the 14th minute.

Kerry added four points before the half was out while Kildare were left to a superb save from Kerry goalkeeper Shane Ryan who brilliantly pushed Rory Feely’s 20 yard piledriver onto the post.

That left Kerry with a 1-7 to 0-4 lead at the break and Kildare desperately needing a spark. A triple change just before the break, one enforced after a black card shown to Seán Healy, and a fourth at half time failed to inspire Kildare for the second half.

Tomás Ó Sé was denied an early goal by a good save from Tadhg Foley but the green and gold flow towards the Kildare goal continued almost unabated.

Although things were all going Kerry’s way, they had discipline problems of their own when the impressive Burns was shown a black card in the 37th minute following an off the ball collosion.

If there was any boost to be had by seeing one of their opponents star performers leave the pitch, it quickly evaporated when Kildare were reduced to 14 men midway through the half.

Just a minute after Mick Kelly was shown a yellow, he picked up a second for grappling with his marker on the ground while play continued around them.

Despite the loss of the Athy man, Kildare pulled a goal back in the 50th minute when Seán Dempsey teed up Shea Ryan to score from close range and remarkably bring Kildare to within four points of their opponents.

Kerry had another gear to move into though and Ó Sé’s goal six minutes from the end put paid to any fanciful notions of a comeback.