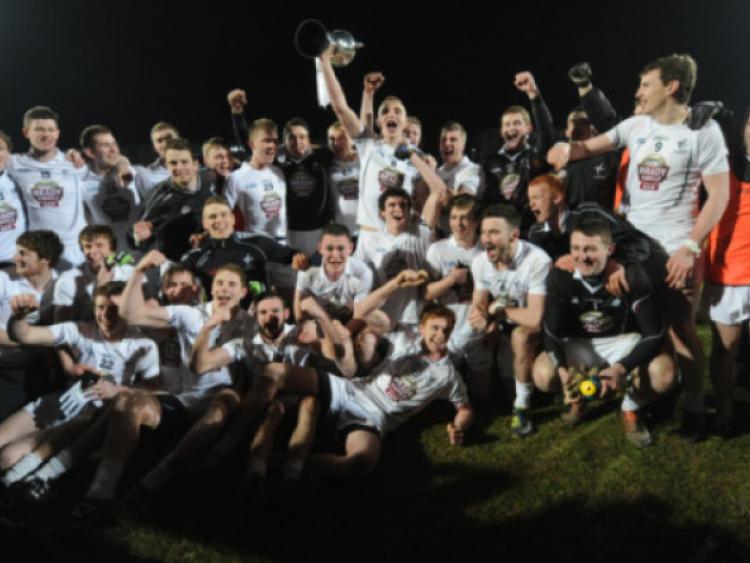 Kildare captured their tenth Leinster U21 football title on Wednesday (3 April) after a titanic struggle with Longford in O’Moore Park, Portlaoise before an attendance of just under 6,000, writes TOMMY CALLAGHAN.

It was a magnificent game of open attacking football and a game that Kildare looked, on more than one occasion, that they were going to win and win comfortably but in the end were relieved to hear the long whistle as Longford fought back from an eight point second half deficit to within three points of their opponents.

Kildare opened impressively with five shots on goal all raising white flags. Daniel Flynn got the ball rolling with a converted ‘45’ inside two minutes and was soon followed with points from Niall Kelly, Seán Hurley and two from the boot of Pádraig Fogarty.

Longford, however, hung working extremely hard despite being over whelmed in midfield by the mighty Seán Hurley assisted by the team captain Thomas Moolick.

By half time and despite dominating for long periods Kildare were in front by just four points 0-9 to 0-5.

On the resumption it was the boys in white who looked to be on their way as firstly Paddy Brophy converted a penalty (after Hurley was bundles over) and then Fogarty knocked over a point to leave it 1-10 to 0-5 after just 33 minutes.

Mark Hughes, a brilliant player for Longford, exchanged points with Niall Kelly before Darren Gallagher reduced the lead to seven and Robert Smyth to six on 39minutes. It was nip and took at this stage with both sides giving it their all and the big attendance getting behind their favourites as the atmosphere became more and more intense.

Niall Kelly knocked over another one for Kildare to make it 1-12 to 0-8 but that was to be Kildare’s last score of the game.

Longford threw everything at Kildare and looked to be in for a goal but for a brilliant block by Paul Cribbin as Mark Hughes bore down on goal.

Slowly but surely Longford reduced the deficit getting in down to three as time edged close to the long whistle which finally arrived much to the relief of Kildare and the delight of the big Lilywhite attendance.

A great game of football and despite the close ending, no doubt the best team on the night prevailed. Some brilliant performances, none more so that Seán Hurley who deservedly received the Cadbury’s man of the match award.

Kildare last won this title back in 2008 when Glenn Ryan’s side advanced to the All Ireland final, now Kieran McGeeney and his back room staff and everyone involved will be hoping that they can go one better in 2013.