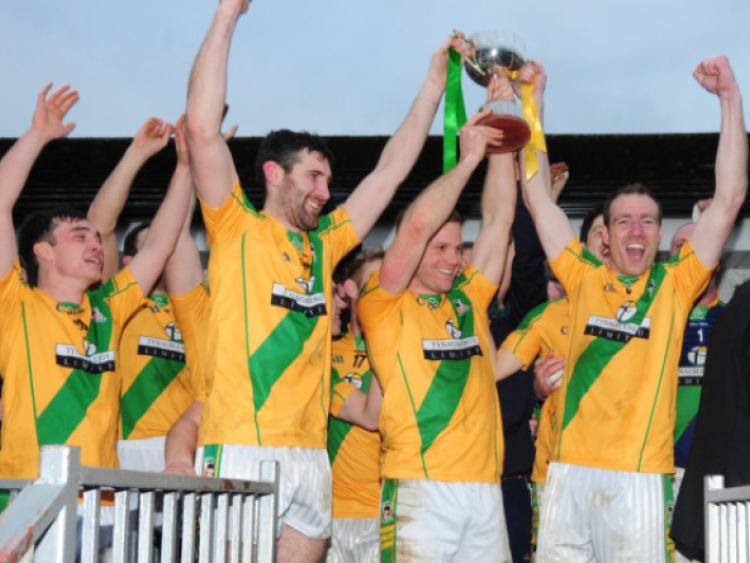 The House, winners of every competition they entered in 2013, starting with the Dowling Cup, were crowned SFL Division 3 winners, followed up by winning the Junior Football Championship, the Jack Higgins Cup before turning their attention to the Leinster Junior Club Championship.

Led by team captain Niall Browne, Two Mile House won a Leinster Club title in December when they beat Hunterstown Rovers from Louth in the final.

Last week their finest moment to date came when they went a step further. Despite the absence of their All Star centre back Peter Kelly, they came from behind to beat Monaghan kingpins Emyvale, to book their place in the All Ireland final against Fuerty of Roscommon.

It is indeed a wonderful achievement by this small rural club on the outskirts of Naas and it is with great pleasure, and indeed pride, we announce that Two Mile House GAA Club as the first winners of thisd new and exciting monthly sports award promoted by Sheehy Motors Skoda and the Leinster Leader.