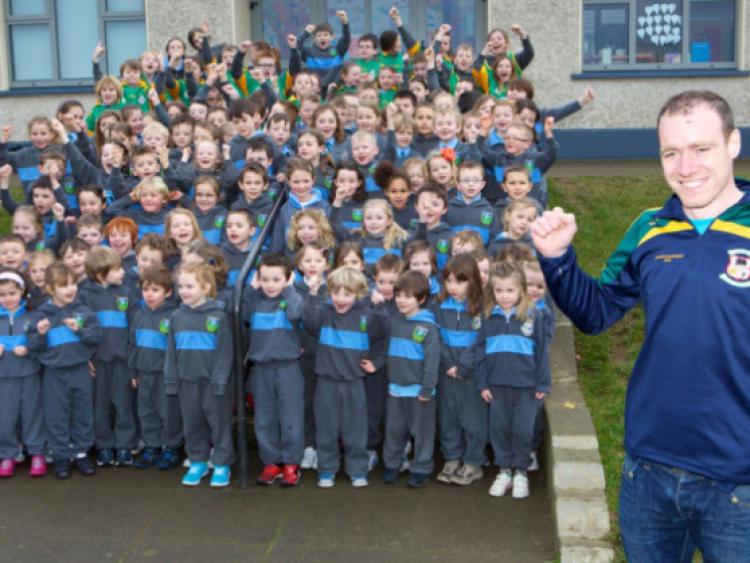 “I’ve kicked 100 points but she’s made us a million sandwiches.” For those of you not familiar with the quote, it’s from a television advert promoting AIB’s sponsorship of the club championships.

“I’ve kicked 100 points but she’s made us a million sandwiches.” For those of you not familiar with the quote, it’s from a television advert promoting AIB’s sponsorship of the club championships.

It shows a player from a rural club, it shows the people involved with that club, the volunteers and what their club means to them.

This Sunday Two Mile House are that GAA club. They are the small parish club representing their county on a national stage in Croke Park. They’ve already made history by becoming the first ever Kildare club team to reach an an All Ireland final and just 60 minutes of football separates them and glory.

Youth, says Healy, is the secret to the House’s success this season. For so long they knocked at the door but it finally opened in 2013 and much of that is down to the hard work being done at underage level.

“A lot of the players are very young and that probably has been the secret of our success. These young lads have come in with no baggage, no fear and they just go for it. Getting to the Minor A final was unheard of for a junior club in any county in Ireland and that to me was the stepping stone,” admitted Des, whose son Chris will line out for the House come All Ireland final day.

For Healy, the coming days are all about getting organised. There’s buses to be booked, masses to be said and bunting to hang up.

“We’re all mad busy running around doing things but the committee I have around me are fantastic. There’s three chairmen that went in front of me, John Burke, Tony Coyle and Paddy Casey, who laid the foundations.

“There’s also a group of young and enthusiastic committee members there at the moment that are brilliant. If I were to single out two particular it would be Paul O’Rourke and Eddie  Julian, who do absolutely trojan work. There’s no egos, we just get on with it.”

Without manager Jarlath Gilroy, perhaps Healy and his committee could have had a quiet January. The Ballymore man finally got them over the line when they beat Straffan in the decider and Healy says his influence has been immense.

Jarlath (Gilroy) has made an incredible difference,” insisted Healy. “The first year he was in charge when we lost the county final we had a tough and long meeting up in the Kilashee House Hotel about whether he was going to stay or not. That night he told me he had unfinished business and once I heard that he was passionate about winning it the decision was made.

“I was a selector for a couple of years and it was hard. I think doubt used to get in to our minds probably in the last few days before a match and in the last ten or 15 minutes of a match. Eventually, but just about, we got over the line,” added the chairman.

While the last few weeks have been the stuff of dreams there has been one major down point for the club and one player in particular, says Healy.

Their county man Peter Kelly was ruled out of action with a knee injury before Christmas but Healy insists he still has a huge role to play. “Some say the sadness is for the club and village that Peter isn’t playing but to me the sadness is for  Peter himself. He would give anything to play.

“A few years ago he did something huge and brought an All Star back to the club and now that the club’s biggest day is approaching and he won’t be playing is so disappointing. He’ll be on the sideline though and his experience will be invaluable. He knows that Croke Park pitch and the dressing rooms so he will be a great help,” said Des.

Hopefully on Sunday evening Des Healy can call himself chairman of the best junior club in the land.

If the goods are delivered that bear out there won’t be brown, it’ll will be green and gold!