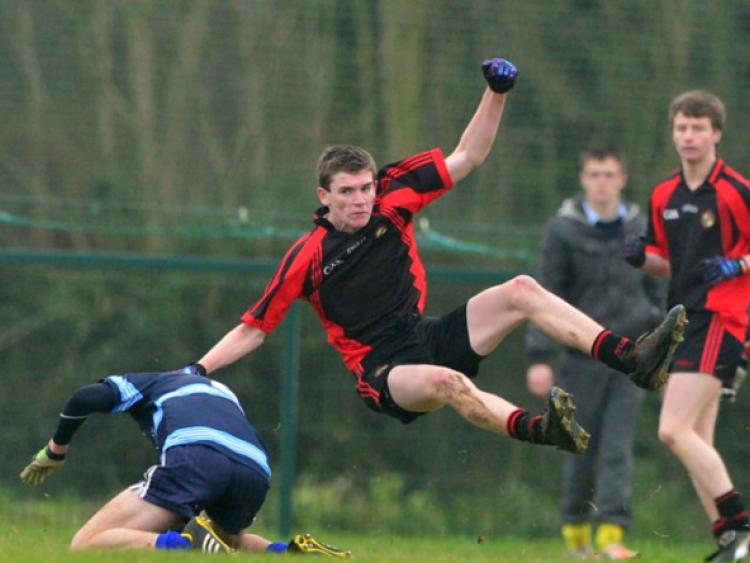 Ardscoil Na Trinoide were second best against St Joseph’s of Rochfordbridge as they bowed out of the Leinster schools competition in disappointing fashion.

Ardscoil Na Trinoide were second best against St Joseph’s of Rochfordbridge as they bowed out of the Leinster schools competition in disappointing fashion.

Tom Nolan’s team were left to rue an awful opening ten minutes when they were by far the better team but kicked wide after wide to leave everybody involved with the team incredibly frustrated. St Joseph’s on the other hand, took 20 minutes to register their first score but once they were up and running, they were far more clinical and economical with their shooting.

A Brian Daly score after just three minutes suggested Athy were in the mood to run up a big tally but despite dominating they went 20 minutes before hitting their next score.

The sides were tied at three each going into the final moments of the first half and it looked like Athy would lead at half time when Baldwin’s shot crept over the bar in the final minute.

There was injury time to be played however and that is when Joseph’s took charge and led 1-4 to 0-4 at half time.

The visitors scored three points in the opening four minutes of the second and then as good as sealed the win in the 36th minute.

St Joseph’s put the result beyond doubt and completed an awful day for Athy with two goals in the final 5 minutes.