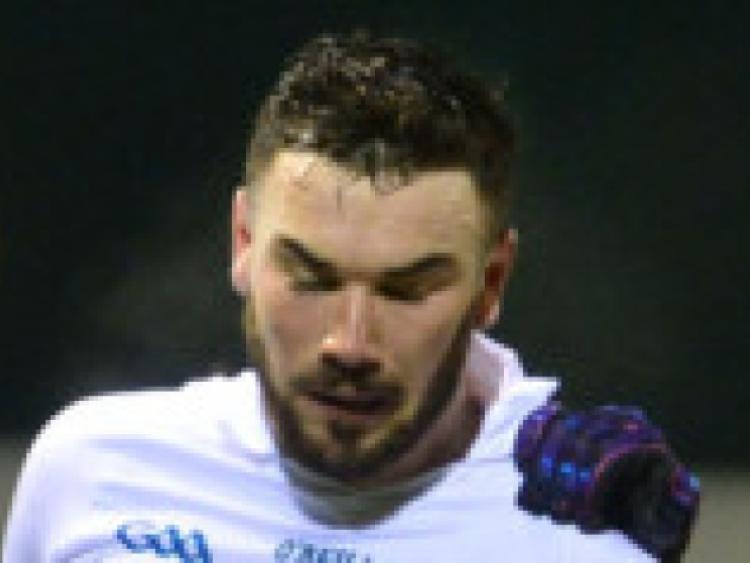 Asked how the ‘walking wounded’ were fairing out at Kildare’s pre-Leinster SFC semi final press briefing last week, manager Jason Ryan, said Darroch Mulhall, who had his appendix removed just a few weeks ago, was back jogging and beginning to do laps.

Asked how the ‘walking wounded’ were fairing out at Kildare’s pre-Leinster SFC semi final press briefing last week, manager Jason Ryan, said Darroch Mulhall, who had his appendix removed just a few weeks ago, was back jogging and beginning to do laps.

“Not that we are into doing laps,” he quickly added “but in this case it is just a means of easing an injured player slowly back into training.”

Laps, the forgotton word when it comes to modern day training.

Stamina building it was called back in those days and in fairness it did the job that was needed at the time.

Looking at the Kildare boys training prior to Sunday’s clash with Meath, it is simply amazing the different approach, not alone from the ‘lap’ era but even from the more recent past.

To say it has changed would be an understatement and while acknowledging that all the heavy work has been well done at this stage, witnessing a session these days is really observing not just how preparation has changed but how the game of football has evolved over relatively recent times.

There definitely seems to be a very relaxed, a very ‘together’ look and feeling to Kildare’s preparation these days.

Lads are not just training, they would seem to be really enjoying what they are at.

In fairness to Jason Ryan, his backroom people, Barry Solan, the strength and conditioning boss ,and his people, they all seem totally relaxed, totally at one so to speak.

And for those who regularly criticise county teams suggesting that preparation is all bout strength and conditioning, fitness, etc., then take a stroll into a session some evening and you will see enough ball work being down that would tire you out there and then.

This is , relatively speaking, a young Kildare side. It is for the most part a new Kildare side, with some experience mingled in for good measure.

Ryan has the Lilies playing a good brand of football; defending in numbers, attacking at pace with some excellent movement and accurate kick passing that can be difficult to defend against.

Of course Kildare should not be drawn into a false sense of security. Although impressive against Louth, nevertheless it was a poor as Louth side as we have witnessed for some years.

Meath are in a similar situation. Scoring seven goals in a championship game can only do the confidence good but again that result comes with a health warning, considering the opposition.

Injury wise things, it would seem, are coming along very well. The aforementioned Mulhall will be stepping up his training this week; already back in full flow are Eoin  Doyle, Peter Kelly and Paul Cribbin while Mick O’Grady is getting closer all the time.

Jason Ryan and selectors Ronan Quinn, Damian Hendy and Mick Casey can be very pleased with the progress that has been made on that front.

Training sessions vary from night to night, often from a relaxed start to a very competitive football session with no quarter asked or given.

A full day session ten days ago confirmed Kildare are in a good place as Sunday’s game approaches.

Competition for places is growing all the time. Initially players aim to get into the 26 man match day panel; then to make it onto the starting XV.

Games between Kildare and Meath are invariably close, tense and tight affairs.

And while the Royals had a facile victory over Carlow in the quarter final, without it has to be said, being overly impressive, anyone who knows the history between Kildare and Meath will know what to expect come Sunday.

But if Kildare can show the same intensity; the same passion; the same ‘in your face’ attitude that they showed against Louth, they can make it through.

Having said that and while acknowledging that the game against Louth was all but done and dusted at the break, nevertheless Kildare did show an old tendency to take the foot off the peddle a tad in that second half. It is a part of Kildare’s  psyche that Jason Ryan still has to eradicate.

Playing without an out and out recognised free taker also remains a concern but one that management seem at ease with.

Let’s hope that doesn’t come back to haunt them.

Meath are never an easy side to defeat, especially in Croke Park and especially come championship and this meeting on Sunday will be no different.

The prize for this one is big, very big indeed. No disrespect to Wexford but few if any expect any shock in the 4 pm game.

But for now all the focus is on Kildare and Meath. If the Lilies reproduce the same focus, intensity and attitude they produced against Louth they can land the prize.

Anything else and it will be down the dreaded qualifier road.