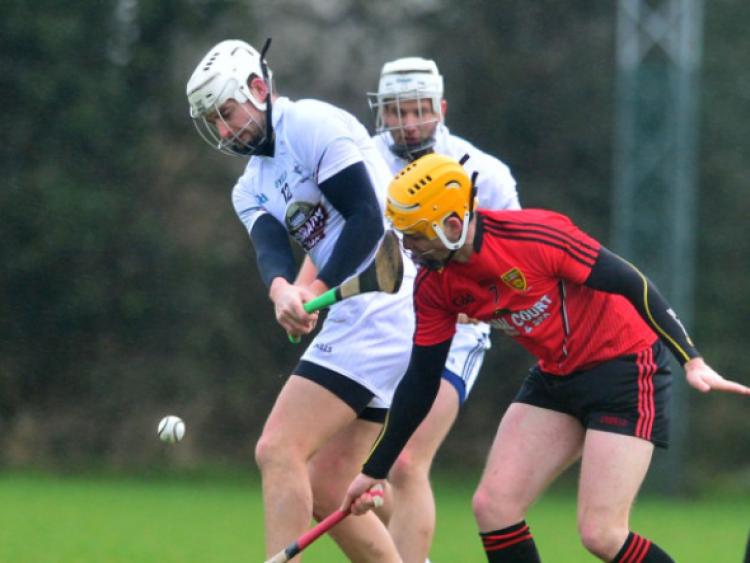 Lá Fhéile Bríde 2014, the first day or spring, or so we are told but for those few souls that were up in Hawkfield on Saturday it was far from spring like conditions I can assure you.

Lá Fhéile Bríde 2014, the first day or spring, or so we are told but for those few souls that were up in Hawkfield on Saturday it was far from spring like conditions I can assure you.

It was blustery, very. It lashed rain, bordering on sleet on more than one occasion. It was bitterly cold as Kildare and Down went about the business in this semi final of the Bord Na Móna Kehoe Cup semi final.

The game itself as one would have expected was not of the highest quality, in fact if had had been a team from a county closer than Down it probably would not have been played at all. But hats off the both sets of players they gave it their all from start to finish.

Sheehan’s was a brilliant side line cut from 22m which he duly split the posts, a score in different circumstances would receive lavish praise.

Gerry Keegan got The Lilies opener before Paul Dermody, a busy bee early on, made a brilliant save to deny Down’s Daniel Toner.

Full forward, Gareth Johnson, who looked dangerous in possession extended Down’s lead to 0-4 to 0-1 after some 23 minutes.

Kildare defence and particularly John O’Malley and Niall Ó Muineacháin, were standing up well to the Down pressure but still the boys in red and black tacked on three more point to lead at the break 0-7 to 0-1.

On the resumption Kildare had the elements in their favour and Gerry Keegan splits the posts inside a minute; substitute Tony Murphy (very impressive) added a point before a fine move involving Mick Purcell and Peadar Downey saw Ray McLoughney make to mistake from lose range to leave just a point separating the sides.

The game was held up then for some eight or nine minutes after Gareth Johnston suffered an injury which necessitated him being stretchered off, a big blow for Down as the full forward had been threatening throughout.

Ray McLoughney had them level on 54 minutes but Scott Nicholson had Down quickly back in front with a point against the run of play.

Tony Murphy gained possession around the middle, carried the sliother but his shot was deflected out for a 65 which was converted by Paul Divilly to level up the sides again.

Kildare then kicked on hitting three points on the trot through Martin Fitzgerald, Tony Murphy and a Gerry Keegan free.

Eight minutes into time added on Down managed to find the Kildare net with a scrambled goal from Fintan Conway to tie it up again.

With extra time looming the home side were awarded a free and up stepped Gerry Keegan and to the delight of everyone split the posts for the winning score with full time called on the restart.

Fair play to both sides, Kildare just about deserved it and now book their place in the final which is due on Sunday next against either Meath or Derry.