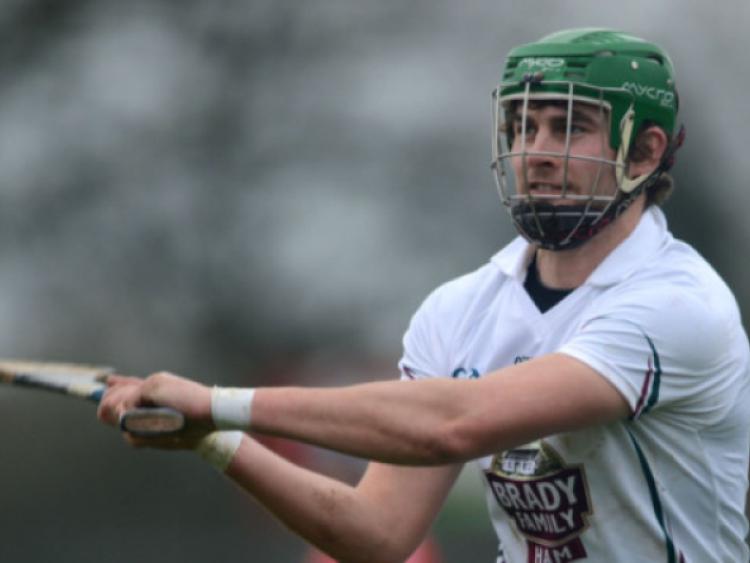 KILDARE expect to be at full strength for this Saturday afternoon’s Christy Ring Cup opener against Mayo at St Conleth’s Park, Newbridge (3pm).

KILDARE expect to be at full strength for this Saturday afternoon’s Christy Ring Cup opener against Mayo at St Conleth’s Park, Newbridge (3pm).

Team manager, Willie Sunderland has a couple of minor concerns over some players like captain, Paul Divilly and John Doran, but with none of the complaints overly troublesome, the Wexford native is hopeful that all his walking wounded will be fit come throw-in time.

The Lilywhites begin their championship campaign off the back on an indifferent league run in Division 2A, with Kildare losing all five of their round-robin games against Laois, Wicklow, Derry, Kerry and Westmeath, before retaining their divisional status following a play-off win over Wicklow nearly three weeks ago.

That victory over Wicklow – 2-12 to 0-12 at O’Connor Park, Tullamore – could well prove to be the Lilywhites’ most important of the year when all things are considered, according to Sunderland.

“In terms of this year, I shudder to think what it would have been like to have gone back to training on the Wednesday night after having been beaten by Wicklow. Going back down a division wouldn’t bear thinking about to tell you the truth.”

Admittedly, after seeing a couple of possible wins turn into agonising league defeats, that aforementioned win over the Garden County not only brought about another year’s league hurling at a higher level, but also a sense of relief.

“While we retained our Division 2A status it wasn’t the way that we would have liked to have done it. We were in a position where we should have got points on the board long. long before then but the reality is we didn’t achieve that. It was nice, I suppose, at the end of the day to at least to have achieved our goal of staying in the division at least, albeit not the way we would have planned it from the outset.”

Sunderland has always been admired for his straight-talking, never one afraid to call things as he sees them. But while five league defeats on the spin didn’t make easy reading, Sunderland however refuses to accept that Kildare’s form was and is as bad as the league table suggests.

“The Laois game apart, and probably the Westmeath game at the end, but in the three games in between we had winning chances in all of those games. We had six point leads in two of them but didn’t finish them off,” rued Sunderland, who this season has blooded young players like Bernard Deay, Ross Kelly, Ryan McGrath, Mark Delaney and Paddy McKenna.

“I felt that we played well enough to get something from those games yet didn’t do so. Starting off with the Laois game, I always felt that had we prepared properly for that, that that was probably the game where we were going to create a surprise if any.

“That wasn’t to be, it didn’t happen and subsequently we were on the back foot after that and found ourselves in a must-win situation for the remaining games in order to do ourselves justice and stay in the league”

Sunderland, who was talked back into his position before Christmas after days earlier tendered his resignation in the fall-out following plans by the Kildare County Board to reduce the county hurlers’ budget for the year, dismisses claims that his charges are inconsistent.

He does, however, want them to develop a more ruthless streak if they are to reach both their short and long term goals.

“I would be heartened by what I have seen in recent games because even in the Wicklow game, where they were really up against it, they (Kildare) really stuck at it and I would hope now that we have that monkey off our back that we will be able to consistently perform in the Christy Ring.”

Since the end of the league, Sunderland has released his players back to their respective clubs ahead of the opening rounds of the local leagues, but insists that they “haven’t slackened off” in terms of their preparations for this weekend’s game and beyond. Just last weekend Kildare took on Thurles Sarsfields in a keenly contested challenge game.

“All things considered, even that win over Wicklow, it was probably good for the players to get back to their clubs for a couple of weeks, even if to just take the monotony out of the whole thing,” continued Sunderland.

“The players will look at the Christy Ring and see it as an opportunity that they must take.

“Looking at the teams in the Christy Ring, certainly we will respect all of them but I don’t think we should fear any of them and I think that if we go about our business in that frame of mind then I think we will give a good account of ourselves” added Sundeerland.