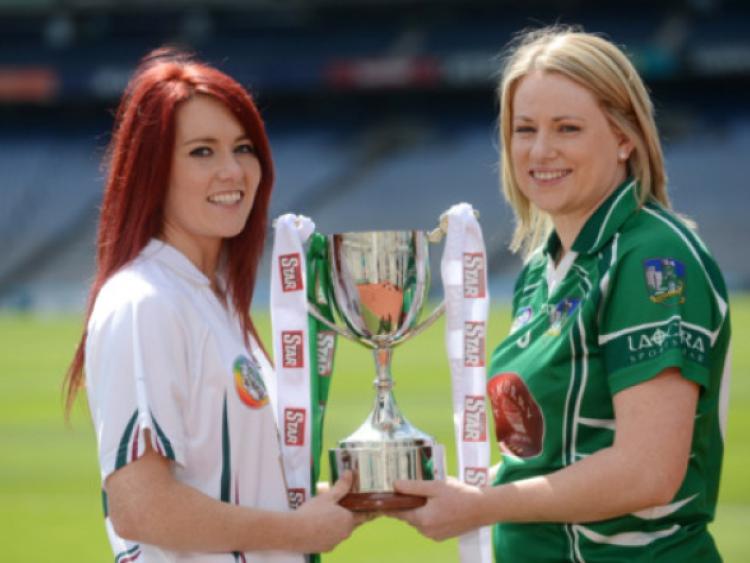 THIS coming weekend is a big weekend for Kildare Camogie with two teams involved at the business end of national competitions.

THIS coming weekend is a big weekend for Kildare Camogie with two teams involved at the business end of national competitions.

Pride of place goes to the county’s first team who contest the Division 2 final of the Irish Daily Star National Camogie League against Limerick on Sunday 5 May, at 3-30 p.m. in Birr, as they continue the progress that has been made over the past few years under the management of Tom O’Mahony and this year Jim McMullen.

In 2008 Kildare found themselves in the fourth tier of national standings and in need of serious team building but since then they have been on an upward curve, winning the Division 4 Final in 2009, the Junior A All Ireland Championship, and Leinster Championship in 2010 and the Division 3 National League in 2012 to earn promotion to Div 2 for this year’s National League.

With wins over Down, Cork, Tipperary in the preliminary rounds and Waterford in the semi final they now face Limerick in the final. Limerick have been plying their trade at a higher level, in Division 2 of the League and at Intermediate level in the championship, over the past few years so there is no collateral form to go on but interestingly when Limerick met Waterford in the preliminary rounds it ended up in a very tight 0-5 to 0-4 win for Waterford albeit the conditions were dreadful on the day.

Yet it is obvious that Kildare face a serious challenge from a team managed by former Limerick hurling All Star goalkeeper Joe Quaid so the Limerick defence should be well drilled anyway.

On their way to the final they beat Antrim, Wexford, Meath, and Galway in group 2 and then Kilkenny in the semi final so they represent serious competition.

Kildare manager Jim McMullen reports that “winning the National League was not my target when I started the campaign in December of last year. Having said that, now that we are in the final, it has very much become the only thing that enters my thoughts. The team training has switched its attention from the Championship to the National League and, as I said to the team at our first training session after the semi final, “chances like this don’t come around too often, so you’ve got to give it your best shot.

“The key ingredient in our performances so far has been hard work. So far I don’t think that we have performed to our full potential, but there is no better time than a final to do so, and I believe that, come Sunday this team will be in the right frame of mind to achieve that potential and if they do, I think it will be enough to overturn Limerick.’’

Meanwhile on Friday 3 March, Kildare Minors face into an All Ireland Minor C semi final against neighbours Laois in what promises to be a thrilling encounter.

Kildare topped their group in the preliminary rounds and can face Laois with a degree of confidence having staged a stunning comeback, coming from twelve points down at half time to secure a late one point win over well fancied Carlow to secure their place in the semis.

If they replicate their second half performance against Carlow they will be hard to beat. It is a hard one to call but promises to be a match to savour with a place in an All Ireland Final the prize.