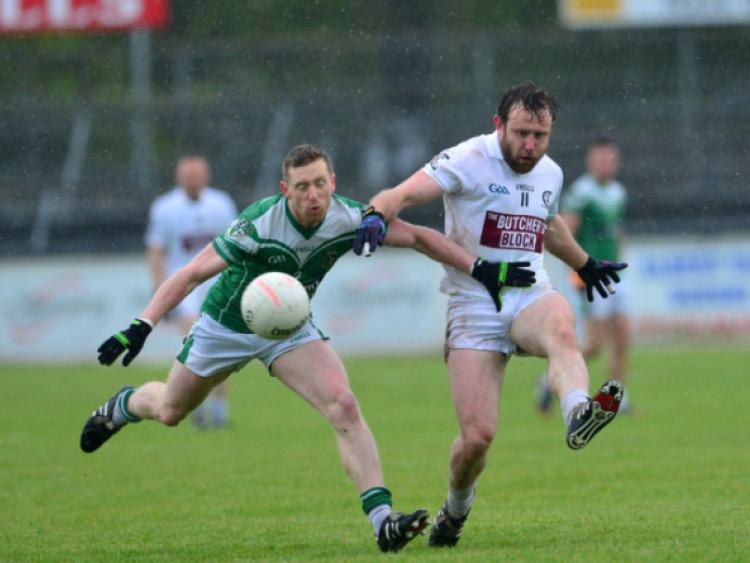 It was definitely a case of keeping the good wine ’til last as champions, Moorefield, and Clane played out a thrilling Joe Mallon Renault SFC game at rain soaked St. Conleth’s Park on Sunday evening.

It was definitely a case of keeping the good wine ’til last as champions, Moorefield, and Clane played out a thrilling Joe Mallon Renault SFC game at rain soaked St. Conleth’s Park on Sunday evening.

Moorefield looked like they were on their way when leading by seven points after 38 minutes but Clane showed tremendous ability, with  Danny Egan leading the way, levelling it on 59, before taking the lead with a brilliant Paddy McKenna point on 60 only for the champions to show their pedigree with a brilliant equaliser in the 61 minute in dramatic ending to a magnificen game.

Clane began impressively with Egan firing over on the double, however Eanna O’Connor gave early indication of his class when tormenting the Clane defence and when Daryl Flynn found the Clane net on 12 minutes, it seemed the champs were moving into top gear going on to lead at the break 1-8 to 0-7.

However, Clane did show at times that if their forward line got enough of ball they had the mobility to trouble the Moorefield defence but on the resumption the champs again looked in control sharing a few points before moving seven clear with 37 minutes gone.

But from here on it was Clane who took control around the middle, dominating the Moore’s kick out while scoring some very impressive points and but for some good defending (and a  little ill luck on Clane’s behalf) could have found the netting.

A goal by the sharp thinking Danny Egan propelled the all whites right back into it when awarded a 13m free, taken quickly he buried the ball in the back of the net. How- ever, the GAA rule book clearly states a 13m free is not permitted to be taken quickly (Rule 2.6).

Daryl Flynn then picked up a black card and his loss was immense but still the champs could have wrapped it up when Kevin Murnaghan brought out the best in Robbie Eyres while Eana O’Connor found the side netting.

Three points in it with ten remaining Clane continued to dominate the middle and four points on the trot had them level with three minutes left.

Eana O’Connor elected to go short with a free but Kevin O’Neill was bundled over and Clane came away with Paddy McKenna hitting a beauty to give his side the lead.

Referee Hickey allowed just 43 seconds but it was enough for The Moores to carve out an equaliser with  Liam Callaghan carrying the ball out of defence linking up with Eana O’Connor before Adam Tyrrell fired over the equaliser, ensuring a replay.

All credit to both teams on a magnificent encounter in dreadful conditions. This is one replay not to be missed.