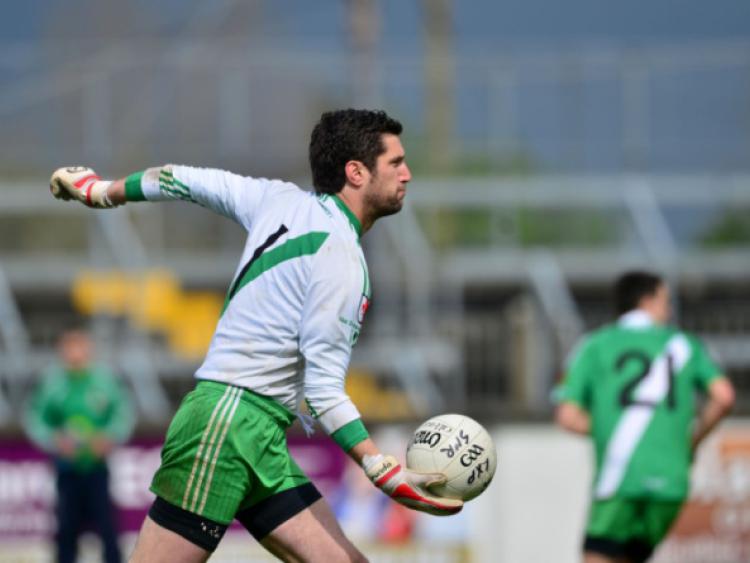 Championship heavyweights Sarsfields were made to work all the way to the end for their victory over Leixlip at St Conleth’s Park last Sunday.

Championship heavyweights Sarsfields were made to work all the way to the end for their victory over Leixlip at St Conleth’s Park last Sunday.

Don’t be fooled by the final scoreline. It suggests the Sash were comfortable but in truth they were anything but, particularly in the second half.

Declan Cryan’s Leixlip actually led Sarsfields with eleven minutes left to play but the 2013 runners up found a higher gear and pushed on late in the day to pick up an SFC opening day victory.

Sarsfields opened well and their full forward line of Dan Nea, Alan Smith and Robbie Confrey causing all sorts of problems for the Leixlip rearguard.

Indeed it was Confrey who opened the scoring with a goal after just three minutes. A ball in from the right from Ray Cahill saw Confrey up with ‘keeper Kevin Claffey and it was the Sash man who came out the better, getting the touch to send the ball to the net.

Some four minutes later Leixlip opened their account when county man Tommy Moolick split the posts from 35 metres out.

Alan Smith and Dan Nea were next to add points for John Crofton’s side meaning all three full forwards scored inside the opening ten minutes.

By the midway point of the half Sarsfields led 1-3 to 0-4 The Newbridge side extended their lead to four by the 17th minute but Leixlip enjoyed a fine ending to the opening half.

The impressive Eamon Murphy converted a 45 metre kick and two frees to reduce the deficit to two points (1-6 to 0-7) and before the break a nice point from wing back Tom Gibbons left Leixlip trailing by just the minimum. Game on.

The north Kildare side enjoyed a super start to the final period. With just 23 seconds on the clock Tommy Moolick produced the score of the game when he struck over from out on the right wing to level proceedings.

However the lead was short-lived when an Alan Smith point nudges Sarsfields ahead once again.

Leixlip should have had a goal in the 35th minute when Eoin Molloy skipped by five defenders only to see his shot hit the butt of Patrick O’Sullivan’s post.

They didn’t have to wait too long for a goal though. It came in the 40th minute when Paddy Meagher’s penalty was saved by O’Sullivan but Shane O’Grady latched on to the loose ball, found Meagher again and he had the simple job of a tap in to leave the score at 1-9 to 1-7.

Almost immediately Robbie Confrey responded with a point to bring the Sash back to within one but a free from Eamon Murphy restored Leixlip’s two point advantage.

Sarsfields however, were in no mood to lose out and found the extra gear needed to kick on and take the two points.

A brace of points from midfield man Matty Byrne brought them level, while Ray Cahill struck over to put them in front with eight left to play.