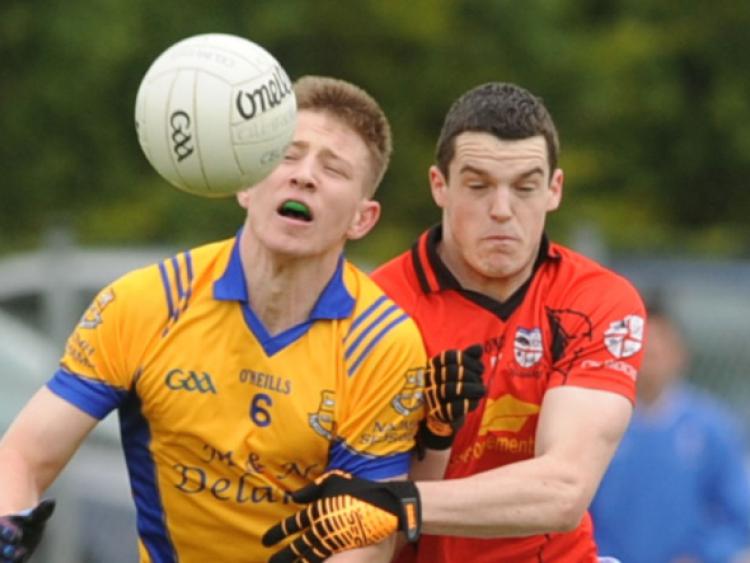 A little earlier than we had hoped for but this weekend sees Round 2 of the SFC take place with some intriguing games on the eight match programme down for decision.

A little earlier than we had hoped for but this weekend sees Round 2 of the SFC take place with some intriguing games on the eight match programme down for decision.

And while it my not be exactly ‘moving’ weekend nevertheless a win for a side that has already chalked up a victory will ensure a quarter final spot; a defeat will ensure another opportunity to make it through to the last eight but any side that finds itself with two defeats will have only a relegation battle to look forward to.

After Round 1 (or even before as far as that goes) there are just six, or at a stretch seven, teams that could harbour realistic hopes of going all the way and this was all but confirmed when the opening round was completed back in the middle of May.

The big game in Round 1 was, without question the meeting of two of the fancied sides, Athy and Carbury and there can be no doubt the boys from the south of the county certainly put down a big marker with as fine a display as we have witnessed from any side for some time, beating last year’s beaten finalists, Carbury, by a whopping twenty-one points, and finding the Carbury net six times in the process.

That result certainly set the tone for the 2013 championship and while no one would write off Carbury as a result, nevertheless it leaves no wriggle room for the boys from west Kildare.

If that first round game was the stand out one in the opening round, then Athy find themselves once again in that position come the weekend as they have been drawn to clash with last year’s champions, Sarsfields, a game fixed for St. Conleth’s Park on Sunday.

This one should attract a sizeable attendance and is certainly one that is difficult to call.

Athy have been installed as favourites to regain the title they won in 2011 and despite a number of injuries remain the choice of many with such talented players amongst their ranks.

Niall Kelly who picked up a nasty injury against Tyrone a few weeks ago is a big doubt while Mick Foley has not played for a number of weeks now. There are also doubts about Darroch Mulhall, Joe Kinahan, ane one or two others while Liam McGovern is in the Us for the summer, so it is certainly an anxious time for the boys in red.

Sarsfields, after a decent league campaign, will certainly not be in need of any motivation for this one. A win here, would not only guarantee a quarter final spot but it would give John Crofton’s side a major boost, especially when they will be without last year’s very impressive midfield pairing of Gary White and Matty Byrne, both on overseas duty with the Defence Forces.

Another game that should attract a big turnout (despite a 12 noon throw-in on Sunday) sees second favourites, Moorefield, face up to another fancied side, Celbridge, a game that can have another huge bearing on who eventually takes the 2013 honours.

Moorefield, of course, came back from the dead to clinch the Leinster Leader Cup on Saturday last against Confey and that will surely boost their confidence, despite a lack lustre display for long periods.

This one can certainly be described as a shoot-out at noon affair and will undoubtedly go to the wire.

Ironically two teams that suffered opening day reverses, Naas and Carbury will get the action under way when they clash on Friday evening at St. Conleth’s.

The losers of this one will be out of contention but despite that heavy defeat by Athy, most would expect Carbury to get back on track here.

Naas had some very encouraging early season wins in the SFL but over the last five or six matches have been taken in water at a rate of knotts. The return of Eamonn Callaghan, Eoin Doyle and Conor Mellett will certainly help their cause but it will be a bit of shock if they turn over Carbury.

Two other sides that did not get the result they would have hoped for in the opening round, clash on Saturday in Clane. Ballymore Eustace, beaten by Sarsfields by all of fourteen points, take on Leixlip who lost to Moorefield on the opening day and while one would expect the maroon clad boys to take this one, Ballymore did show plenty of courage and determination before going under to The Sash.

Allenwood and Suncroft clash in the second senior game on Saturday. They go into action at 7 pm in Conleth’s and with both having suffered relegation from their respective divisions in the SFL, it does present Allenwood with an opportunity to record a senior championship win.

There are five games to be decided on Sunday and while we have already mentioned Moorefield v Celbridge and Athy v Sarsfields, the pick of the rest is the game between high flying Confey and a team that many fancy, St. Laurence’s, This one will be played in Naas with a 3 pm throw-in.

Confey have enjoyed a great league, defeating most of the top teams to reach the Leinster Cup final and looked to have the final in the bag until going under to a late Moorefield rally.

A very difficult one to call this one and I wouldn’t rule out a draw here.

The Larries have been somewhat hot and cold in the league but come championship time they always seem to be a able to step it up a notch or two but one must not forget that just a few short weeks ago Confey handed The Larries a drubbing, hitting six goals past them in the process.

St. Kevin’s and Monasterevan clash in Hawkfield (1.30) and ‘The Blues’ will be hoping to return to winning ways following their first round set back to Clane (1-12 to 0-7) in a very disappointing display that day.

Kevin’s also lost, going down to Confey but on this occasion one would expect the side from the south to come out on top.

Clane and Maynooth bring up the eighth game programme and while Maynooth did win their opening game, a one point victory over Suncroft, the vote on this one must go to Clane (provided they have a full contingent on duty) but they were impressive enough defeating Monasterevin.

All in all some great games to look forward to and while a few of these will go down to the wire, the bankers look to be Carbury, Leixlip, Monasterevan and Clane; Allenwood should defeat Suncroft while the final three could go either way but I’ll plump for Moorefield, The Larries and possibly but not overly confident championship favourites Athy.