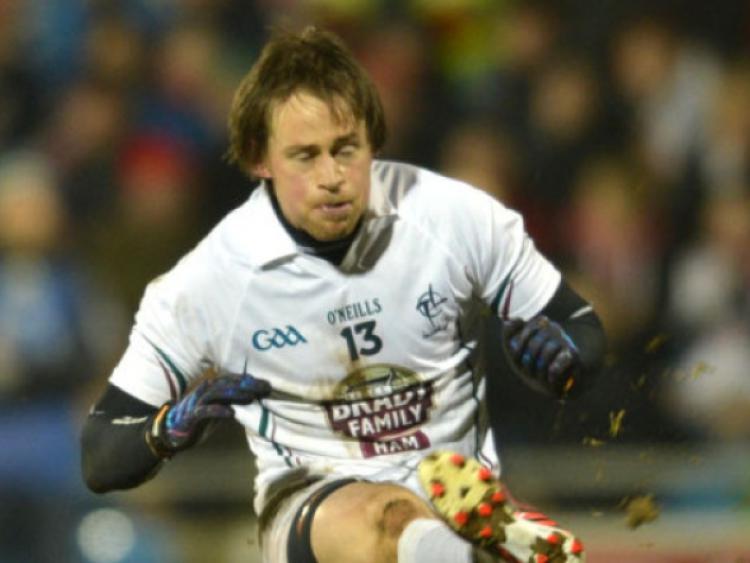 after missing out of football action for all of 18 months Cavan native and now St. Kevin’s club man, Seanie Johnston is certainly beginning to show that he is still the talented footballer that everyone knew he always was.

after missing out of football action for all of 18 months Cavan native and now St. Kevin’s club man, Seanie Johnston is certainly beginning to show that he is still the talented footballer that everyone knew he always was.

And on Saturday night last he confirmed once again that he is playing at the top of his game something he himself contributes to simply playing footbal on a regular basis.

Seanie told us soon after the final whistle that despite the poor start and letting them (Mayo) get a bit of a lead of them “but we came into after a while, we did well around the middle of the field; we dictated for a while and then it was simply nip and took until the end.”

Was he worried in the opening 20 minutes when Mayo seem to be dictating all over the field?

“You’d be worrying now when we were six down and they putting us under all sorts of pressure and they were coming in droves at us, kicking some very good points and putting us under a lot of pressure and then after last week especially were were a bit dying but in fairness to the lads around the middle they dug deep, got into it and we started to win a bit of ball and got a few nice scores that got us back into it.”

Mayo must have been very disappointed going in at the break a point down after dominating for most of the opening half but we got the goal and just squeezed the game in the last ten minutes of the half and were lucky enough to go in at the break in front by a point.

Johnston had high praise for all the lads but especially for the young lads that came in and did so well.

“Hopefully now they (the U21s) can kick on and win their big game during the week; there are a couple of brilliant players there and they have a really bright future and they added something serious to tonight’s game.”

Asked if he felt he or any of the lads had to change anything when Paddy Brophy was in instead of the injured Tomás O’Connor, Johnston replied that “when you are playing with good players it’s not a problem, both are top quality, everybody knows what Tomás can do and Paddy (Brophy) is a young lad coming in only out of minor and I think he showed his potential their tonight; he has a big future ahead of him and a huge summer ahead of him hopefully.”