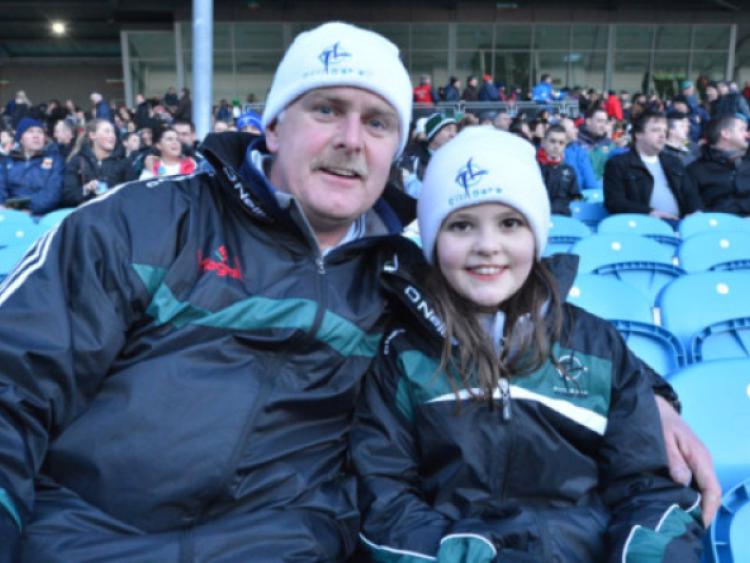 the whole meaning of having ‘home’ advantage took on an entirely new dimension at McHale Park, Castlebar, on Saturday when Kildare took on Mayo in league action for only the 12th time in their history.

the whole meaning of having ‘home’ advantage took on an entirely new dimension at McHale Park, Castlebar, on Saturday when Kildare took on Mayo in league action for only the 12th time in their history.

Of the previous eleven meetings Mayo won seven with The Lilies coming out on top the other four times. The last time these two counties went head to head was back in 2008 when Mayo won comfortably, 2-16 to 2-8, that of course was Kieran McGeeney’s first season in charge in the Shortgrass county.

On Saturday night walking into the magnificent McHale Park one could not but be struck by the magnificent stadium. Second to none from top to bottom and while it is understood that the Co. Board are up to their oxters in debt at least they have a stadium to show for it. Other counties, who shall remain nameless, are heavily in debt but have sweet feck all to showcase.

That, however, as the fella says is for another time, another day and another forum.

Kildare fans travelled west in big numbers once again, from every corner of the county and one could only wonder but for the game would there have been any business done in Castlebar on Saturday night at all.

Mayo, somewhat unfortunate to lose out to Dublin in last year’s All Ireland final, have been struggling a little in Division 1, having won just one game prior to Saturday, not an unusual situation for a team that sees action all the way into September, but thiswas a game they needed to win and win badly.

And they started like they meant business dominating in the middle they tore into Kildare like their lives depended on it.

One thing however that was very striking once proceedings got under way was the poor flood lighting. So poor in fact it was extremely difficult to read numbers, even distinguish players with shadows in abundance all around the pitch.

Or was it me I wondered to myself.

One way or another McGeeney’s boys at times looked like rabbits caught in the glare of headlights (despite the poor lighting) and while not quiet motionless they were certainly off the pace; slow to react and giving the Mayo front men that yard or two that can be so vital at this level.

One, two three points clear and still not a sign of a flag of any description being raised in favour of the visitors.

Four, five six points clear and still the flags remained motionless at the butt of the Mayo goalposts.

Finally and after no less than 20 minutes Johnny Doyle made one of his telling runs and set up Niall Kelly and the Athy man finally got a response from the man in the white coat.

But anyone who believed that would kick-start the Brady Family Ham boys into action, would, I’m afraid, be very much mistaken as they continued to flounder, continued to be second to the ball and continued to look inferior to their opposition.

Two more points were shared before Johnny Doyle kicked a free (off the ground) for Kildare’s third point.

But lo and behold an entire transformation suddenly unfolded in McHale Park. It was as if someone had put a bob or two in the light meter and the reaction was instant as the entire place lit up like a Christmas tree.

At first I was relieved that the old eyes were not (thankfully) in need of an MOT.

But how could this happen?

How could a match official start an AFL game with light that simply was not up to scratch?

Or were Mayo attempting to keep The Lilies in the (semi) shade?

I know they might be stuck for a few shillings over in the west at the minute and while acknowledging that the stadium is top class but getting the game under way with a few 25 watt bulbs instead of 250 watts could possibly be described as they do in other codes as ‘ungentlemanly conduct.’

Cometh the light, cometh The Lilies.

No sooner had the 250 watts kicked into action so did Kildare.

Peter Kelly being awarded a free on his own 65 (much to the displeasure of the locals) and thus began the Kildare fight back.

And before you could say ‘who switched on those lights’ David Clarke was picking the ball out of the back of his net and the redundant umpire on the green flag up to this point was quickly pressed into action with a degree of enthusiasm akin to a long time dole recipient being told he has a ‘start’ on Monday morning.

Suddenly it seemed the Mayo boys were caught in the glare of the 250 watt bulbs as The Lilies kicked on adding a couple more points and, after being playing around in the semi dark for all of 29 minutes, went into the dressing rooms one point ahead.

Not sure if there were lights in the Mayo dressing rooms but the home boys certainly did not delay reappearing.

They were possibly anxious to get back into action, either that or the dressing room lights automatically switch off after ten minutes.

Some of their misses were unbelievable whether they were shooting from open play or from any of the 14 second half frees that the Fermanagh match official awarded them, to add to the 14 first half frees that also went their way.

Meanwhile Kildare had seen the light, upped their game, put together a lot of good movement, edging their way in front, one, two and even three clear.

Granted the boys in green and red responded but try as they might they never got on level terms again once Kildare regained the lead on 38 minutes.

Fresh legs brought fresh impetus from the boys in white (with that splash of Brady Family Ham colour) and by the time the long whistle arrived the visitors had a vital one point advantage, and also very encouraging, had no less than six of their U21 squad on the field of play.

After a dismal display against The Dubs, this was something to enjoy and even savour.

And with it a place in the semi final (almost) but not quite guaranteed.

What a difference a week makes.

And more importantly ... what a difference a bit of light makes!