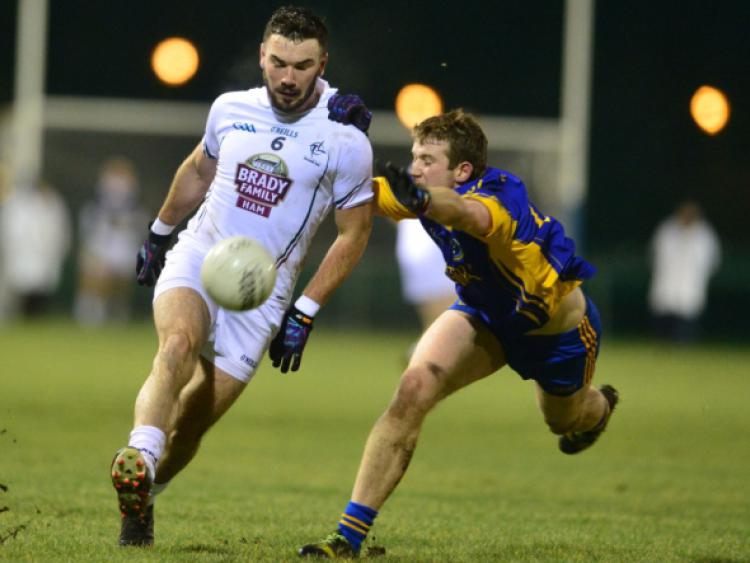 Roscommon proved too strong for Kildare in Round 2 (Group 2) of the U21 Football Hastings Cup, played at a bitterly cold Celbridge on Saturday night.

Roscommon proved too strong for Kildare in Round 2 (Group 2) of the U21 Football Hastings Cup, played at a bitterly cold Celbridge on Saturday night.

Having disposed of Westmeath in their opening round a week previously, Kildare were hoping to build on that display but by the end of the 60 minutes the management were left in no uncertain terms that if they are going to have to make an impact a major improvement will be required.

Having said that this looked like an extremely competent, well drilled Rossies side, one that will undoubtedly have a major impact in the Connacht championship and possibly in the All Ireland series.

A few euros on the boys from the west just could prove a very profitable investment if this display is anything to go on.

Roscommon dominated this one from start to finish; very strong in midfield where they dominated for long periods; but it was their defence that really impressed with a very impressive display that held The Lilies to just 1-6 (1-1 coming late in the game) while up front they looked sharp, competent and dangerous.

The visitors opened with points from Diarmuid Murtagh and Mark Nally and while Kildare levelled up by the 12 minute with white flags from Eoin Mulhall and a fine effort from Shane O’Rourke after probably their best move of the game.

From there on though, The Rossies took over and looked dangerous every time they got on the ball hitting six points on the trot while Kildare did carve out a view opportunities they found the visitors’ defence practically unlockable.

Roscommon led by 0-8 to 0-2 at the break and within three minutes of the resumption had tacked on three impressive scores and threatened to run riot.

Playing Gavin Farrell very deep saw the Castledermot man (who overall did well) see plenty of ball but it certainly left the attack short of options when going forward.

Killian Mulhall was shown a black card on the stroke of half time for a silly ‘rugby type’ tackle and was duly replaced.

A few half time changes by the Kildare management certainly helped to improve matters, both Barry Coffey and David Hyland made fine contributions when introduced.

Points from Neil Flynn and the aforementioned Coffey reduced the deficit and with Mark Daly and Eoin Mulhall exchanging points it left the score reading 0-14 to 0-5 after some 41 minutes.

Roscommon kicked on again with two white flags and while substitute Chris Canning linking up well with Eoin Molloy, found the net on 51 minutes there was to be no late comeback with Roscommon adding 1-1 in the dying minutes with Barry Coffey getting the final score.

Roscommon were reduced to 14 on 56 minutes when David Murray was given a straight red for a dangerous challenge on Cian Donoghue.

Impressive Roscommon no doubt but this one emphasises the tough task ahead for The Lilies.

This weekend Kildare travel to take on Clare in Round 3 of the Hastings Cup.