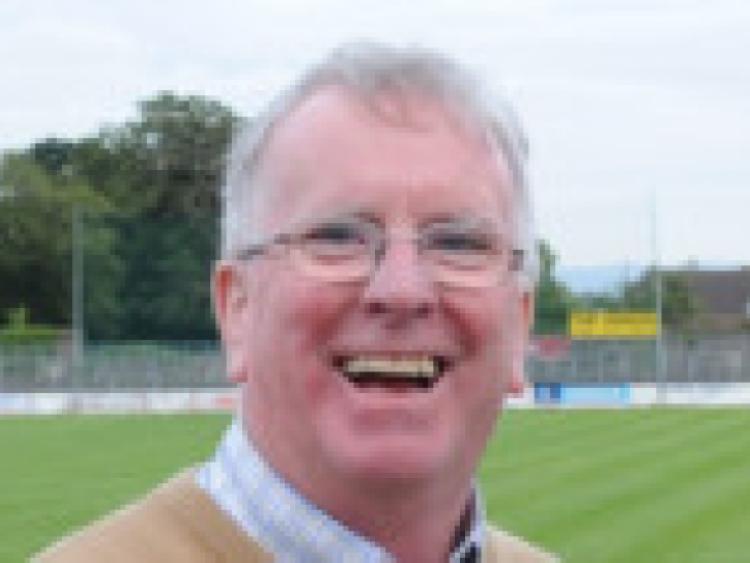 So what are these black cards all about enquired an irate Longford fan as round two of the O’Byrne Cup got under way at a venue that could only be described as quaint.

So what are these black cards all about enquired an irate Longford fan as round two of the O’Byrne Cup got under way at a venue that could only be described as quaint.

We were in fact in Newtowncashel, a small  rural club hidden away deep in Longford territory, not the most accessible I must say and hardly a venue that could be described as inter county standard. Nevertheless when one is told that it is the only full size pitch in Longford with floodlights one quickly realises just how well off we are in Lilywhiteland — something I never thought I’d say.

On arrival match stewards are gathering by means of transport that vary from the modest to the four wheel drive but all are here for the cause — the GAA.

This is the type of situation that GAA people excel. No shortage of numbers; no shortage of bodies, all willing, able and ready to put their shoulder to the wheel to ensure all goes to plan.

Leinster Council Chairman, Martin Skelly, a Longford native, greets us and we are soon joined by former Chairman, Albert Fallon as fog threatens to disrupt the night’s plans but thankfully fails to materialise.

But back to our ‘friend’ who seemed more worried about black cards than the game. “And are you telling me that if a fella gets one of those black cards he’s off?”

“Yes,” says I attempting to concentrate on the game.

“Did you ever hear such bullshit,” our friend says to a fellow county man.

The second gent, just nods, obviously aware of the consequences of  being blacked.

“Football is gone to the f***ing dogs,” says the first gent as Kildare open with a goal and four and as the  Lilies get more on top our friend is getting thicker and angrier by the minute.

“Would you put your f***ing boot to the ball,“ he roars at one of his own, adding “never mind with that hand passing shite, send it in and let them fight for it.”

We have a real live one here I say to meself.

“There should be a rule that you can only hand pass twice,” comes the comment, directed to his friend, who is now giving him the deaf ear.

We reach the break with the Lilies well on their way. “And who do ye play next week,” our man enquires. “Carlow,” says I.

“Be Jasus ye’ll have no trouble there sure we beat them, Christ you’ll give them some hidin’.”

Would you care to buy a lotto ticket for the local club, a new man on the scene enquires. “We might as well,” replies my travelling companion, “we might have a better chance of winning this one than the one back home,” as the game resumes and is practically done and dusted in no time.

“Your lads are looking very fit,” says our friend but before we even comment his friend chips in, “it’s very early to be that fit, it’s a long way to September.”

Our man who has been irate from the start of the game nearly blows his top with something resembling smoke coming out from under his well travelled and well ‘polished’ cap.

“What the f**k has September got to do with it,” he says adding “for Christ sake our lads wouldn’t be able to find their boots in September never mind play football.”

Ah but sure we all live in hope I suggest.

“We do,” comes the reply “but we don’t do September in Longford.”

Time to slip quietly away I say to myself while at the same time muttering under me breath.

“We don’t do a lot of Septembers ourselves ... but we do live in hope.”