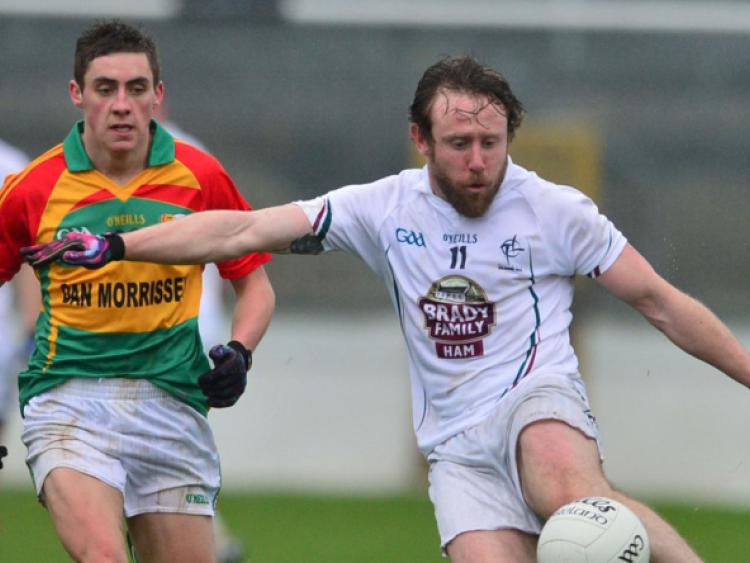 It was hardly a vintage display nor a vintage game but Kildare manager Jason Ryan was delighted to have secured victory.

It was hardly a vintage display nor a vintage game but Kildare manager Jason Ryan was delighted to have secured victory.

He e was also thrilled to get game time for players trying to make a stake for his panel for the forthcoming Allianz National Football League. His current panel will be cut this week and the performances of some last Sunday will have made his mind up.

“It’s brilliant to win. We had 13 changes from last Sunday and 15 from the game on Wednesday night so we’re delighted to win,” admitted Ryan.

He added: “It would have been so easy for us to have put out the same team that played the last two games. They would have had match fitness, confidence and would have been rearing to go but we went with a very inexperienced team with players that are trying to get in to the panel. We wanted to see what they could do and you have to give fellas chances. If you don’t give them a chance now, when are you going to give them a chance?”

“It wasn’t the perfect performance but these lads, whoever is left will use it to go on and improve. It’s now a case of selecting our panel from the three games that we’ve played. We’ve a game mid-week so after that we will cut. We certainly have ten players to go so we’ll take it from there.”

Up next is UCD in the semi final in Newbridge, another competitive game for the Lilies and Ryan is expecting much more from the Dublin colleges side that got the better of his old Wexford team last weekend.

“UCD are very athletic and are a team that have played since September so they will be sharp. DCU have shown over the last number of years how effective colleges teams can be in these competitions,” he remarked.

So far in season 2014 Ryan is happy with the new rules and he says if they are applied correctly, they can only be good for Kildare.

“The new rules so far are grand. If the black card is used consistently I think it will be brilliant. It’s great for the likes of Kildare where we have athletic runners. We want our players to be rewarded for good runs, we want them to be anxious to take on men and go at teams,” he remarked.

For the three O’Byrne Cup games Ryan, his selectors and his stats team have elected to watch the games from the stand and for now the Waterford man is happy to stay there and perhaps carry it through to championship in the summer.

“I would question the effectiveness of a manager in Croke Park on the sideline with 82,000 people roaring. In my experience in Croke Park as a manager, certainly against Dublin, the selectors couldn’t hear me talking to them never mind me trying to shout on to the pitch.

“I’m able to speak to the selectors and I have the stat guys beside me so we’re able to compare and contrast,” he explained.