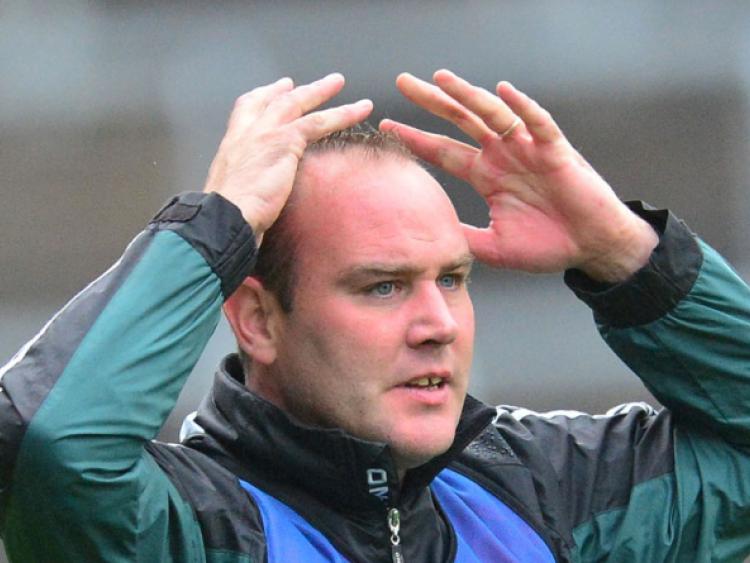 It was a familiar scene. Up in the main stand Cork captain,Ruairí Deane was accepting the congratulations (and the cup) while Kildare players, mentors and fans looked on glumly.

It was a familiar scene. Up in the main stand Cork captain,Ruairí Deane was accepting the congratulations (and the cup) while Kildare players, mentors and fans looked on glumly.

The Lilies, outsiders with the layers for this one, looked down and out at the break but on the resumption with a change of tactics, coupled with a greater intensity and urgency attacked Cork whittling down a six point deficit to get on level terms with all of eight minute remaining.

But not for the first time a team in the white of Kildare failed to press home their advantage and their superiority and as if content at having gotten on level terms seemed to switch off allowing the opposition to dominate the final minutes to clinch victory.

Kildare did have a few chances having got on level terms but a couple of ‘holy water’ efforts and some wild shooting from long distances inevitably failed to get the necessary scores.

Not surprisingly Kildare manager Dermot Finn expressed his disappointment as he stood and watched Cork being crowned champions just as they were two years ago when they defeated Kildare after extra time in Semple Stadium.

“Very disappointed, we made too many mistakes in the opening half, gave them too much of a lead and it was always going to be difficult to claw it back in the second half but I was delighted with the lads effort in the second half it was just a terrible pity we did not kick on after getting level.”

The manager said that the change of tactics at the break helped them to get back into the game.

“All year we played a sweeper but we felt it just wasn’t working the way we had hoped in the first half so we put Fitzy (Ciaran Fitz-patrick) into the middle to try and get a bit of power and pace and it worked, we got level but we just hadn’t got the momentum to get up over the line.”

Admitting that Kildare had their chances once level the manager said that “silly mistakes, kicking the ball away instead of working it in; we told them to run at Cork, there was little point kicking the ball in as it was simply coming out as quickly as it went in; the greasy conditions made it difficult to hold on to the ball but these are the little things that make the difference at the end of the day.”

Dermot Finn felt that the big turning point from a Kildare point of view was that when Kildare got level on 51 minutes, Cork immediately came back on the attack and knocked over a point to regain the lead.

“It was a major turning point; we had but in a good honest effort to get level coming from six down but once we got level they immediately got another score and that certainly took some of our momentum away.”

Despite the disappointment the manager heaped praise on his players for the effort throughout the entire season.