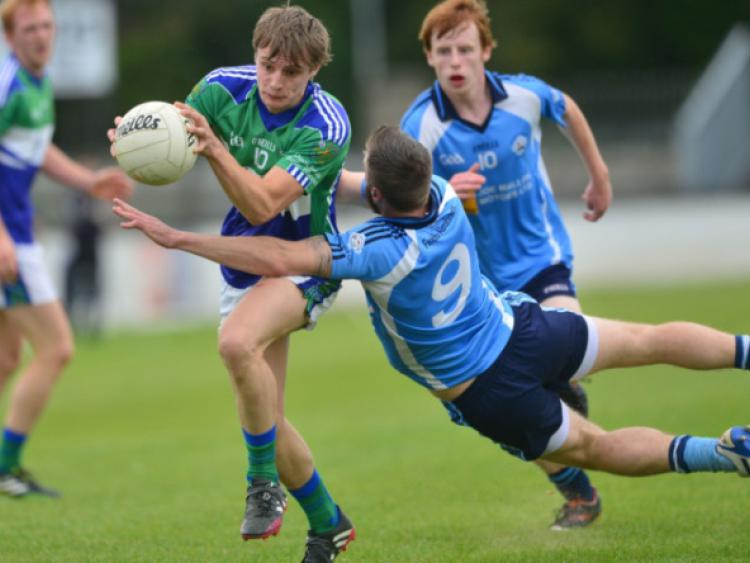 Two goals in the space of a minute set Johnstownbridge on the way to victory in a closely fought battle on Wednesday evening in Kilcock GAA.

Two goals in the space of a minute set Johnstownbridge on the way to victory in a closely fought battle on Wednesday evening in Kilcock GAA.

Having ended up all square at the weekend after a thriller in Newbridge, the sides met again last night (Wednesday) and it was the 2013 intermediate champions that came out on top.

At the break the Bridge led 2-3 to 0-6 after goals from Niall Vaughan and Des Holton and ultimately it was the goals that set the west Kildare side on route to victory.

Allenwood played against the breeze after the turnaround but still managed to pile on the pressure. However county man Keith Cribbin was in influential form and his side went three to the good once more.

With six minutes remaining Paddy O’Donoghue’s side had opened up a five point lead and in the end it was a ‘Bridge’ too much for Paul Doyle’s Allenwood, who now face Confey in the third round.

For a full report see this week’s Leinster Leader Sport, out this Tuesday