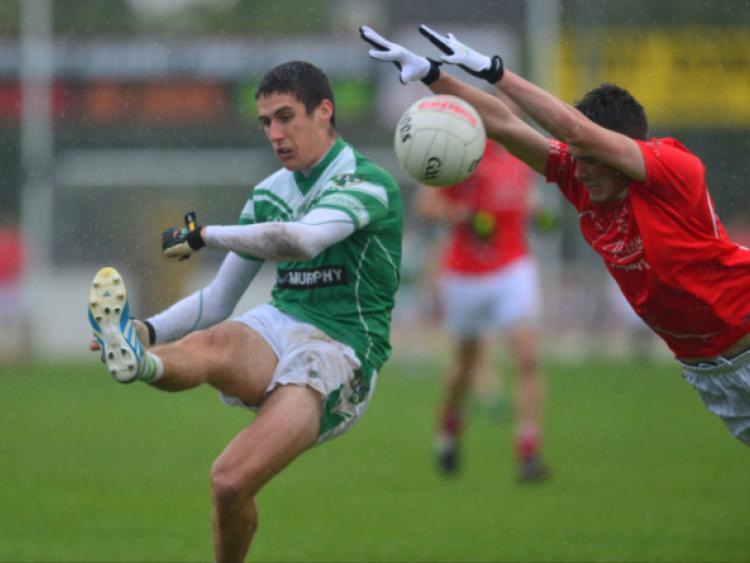 They simply don’t come better than this Joe Mallon Renault SFC round two replay between Athy and Moorefield played at Hawkfield on Wednesday evening last.

They simply don’t come better than this Joe Mallon Renault SFC round two replay between Athy and Moorefield played at Hawkfield on Wednesday evening last.

It was a game that simply had everything. Intensity, commitment, no quarter asked or given, a real championship encounter with some great football and a handful of magnificent individual performances in front of a fine attendance.

It was Athy who came out on top and advance to the quarter finals, while holders Moorefield must now take the scenic route and meet Naas in the third round.

In an end to end encounter Moorefield led by the minimum at the interval, 1-4 to 0-6, having played with the advantage of a the strong breeze at a packed Hawkfield.

Soon after the change of ends Pascal Kellaghan’s side in red hit the back of Tom Corley’s net when Eddie Delahunt delivered the goods and nudged his side in front and by the 35th minute they led 1-7 to 1-4.

Moorefield then assumed the ascendancy and were back on level terms by the 42nd minute while an Adam Tyrell point gave them the lead soon after.

The thriller got even better when county star Niall Kelly added a second Athy goal and give his side a 2-7 to 1-9 lead after 48 minutes. From there to the end the Moores were outscored and it was Athy who took victory after one of the best games of football served up in the Kildare SFC for a very long time.

Moorefield finished out the game a man in arrears after Daryl Flynn received a straight red card.

For a full report see this week’s Leinster Leader sport, out this Tuesday.