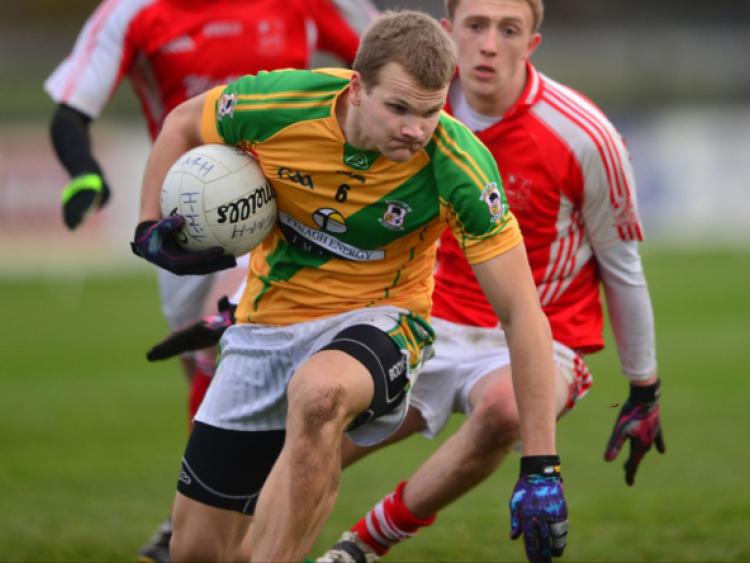 Practice makes perfect they say and Two Mile House have had enough of that. They have been knocking at the door in Kildare for a long time and there chance finally came this year and they’ve grasped it with both hands.

Practice makes perfect they say and Two Mile House have had enough of that. They have been knocking at the door in Kildare for a long time and there chance finally came this year and they’ve grasped it with both hands.

They weren’t just content with a county title and last Sunday went on to secure the provincial crown. It’s a rags to riches story.

Their manager Jarlath Gilroy says his teams success is down to two ingredients; attitude and fresh, young blood.

“A lot of our success this year is down to the attitude of the guys and influx of new young blood in to the team. We brought them in last year when they were probably a little bit too young because most of them were 17 but they have been excellent. Four minors started today and it’s brilliant to see young lads coming on and preforming the way they did today,” Gilroy told the Leinster Leader.

One of those young guns, Chris Healy put in a super performance against the Louth champions last Sunday and Gilroy hopes there are years of brilliant showings from Healy to come.

“At 18 years of age he is a brilliant prospect. Two Mile House are delighted to have a player like him and hopefully he’ll perform like that for us long in to the future,” added the former Kildare minor manager.

Gilroy also saved praise for his midfield man Derren Casey who kept the ball in play to allow Healy possession for the second goal and says his act is what typifies the spirit of his team.

“You have to give great credit to Derren Casey for the second goal. He didn’t give up and that’s the kind of attitude these lads have. If you don’t give up you’ll finally get there and that’s what happened for us this year and today when the goal came and that put us on the right foot then,” Gilroy explained.

December might have started and the year might be drawing to a close but Gilroy is hungry to continue winning, starting with the Jack Higgins Cup and of course the All Ireland Junior Championship semi final.

“It’s a great way to finish the year and hopefully we’re not finished there. We still have All Ireland to look forward to and the Jack Higgins Cup final before Christmas,” he said.

However, he knows the task ahead will be a difficult one.

“This is the first time a Kildare team have reached an All Ireland Junior semi final and hopefully we can go on and win it. We play the winners of John Mitchells from Liverpool and Emyvale of Monaghan. John Mitchells were in an All Ireland final a few years ago and were only beaten by a point so it’s going to be a very, very tough assignment for us no matter which team we play. But look it, the lads will enjoy tonight and get back to training in maybe a week or two and we’ll take it from there. “