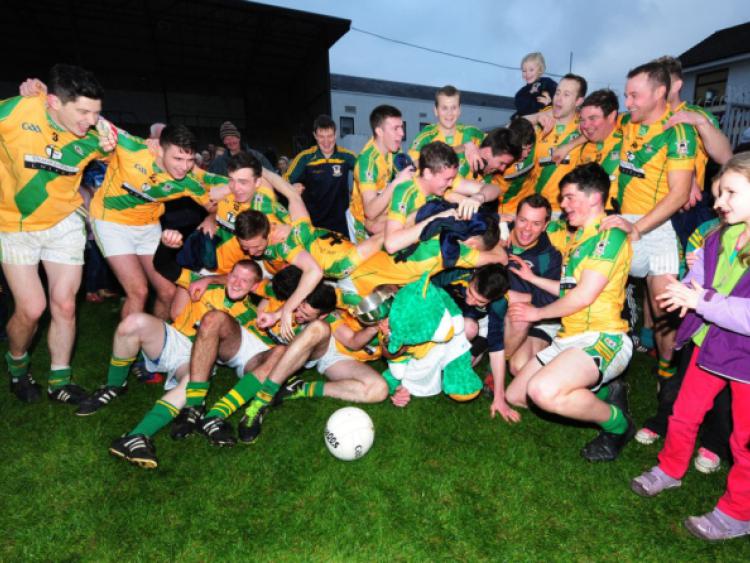 The House, managed by Jarlath Gilroy, recored a 2-15 to 1-12 victory over Louth side Hunterstown Rovers in what was an excellent 60 minutes of football. Goals in either half from Healy greatly aided the Kildare side’s cause and in particular his second half effort set them on their way to victory after a spirited comeback from the visitors.

Two Mile House looked likely to cruise to a win early on when they opened up a 1-4 to 0-1 lead but Hunterstown Rovers found their mojo and managed to turn the game on it’s head by the 38th minute when they went in to the lead (1-9 to 1-8) for the first time.

Gilroy’s side dug deep however, and Healy’s 45th minute three pointer put them 2-10 to 1-10 in front and despite missing a penalty in the final minute, they eased home to a six point win and booked a place in the All Ireland semi final against either John Mitchells from Liverpool or Monaghan’s Emyvale.