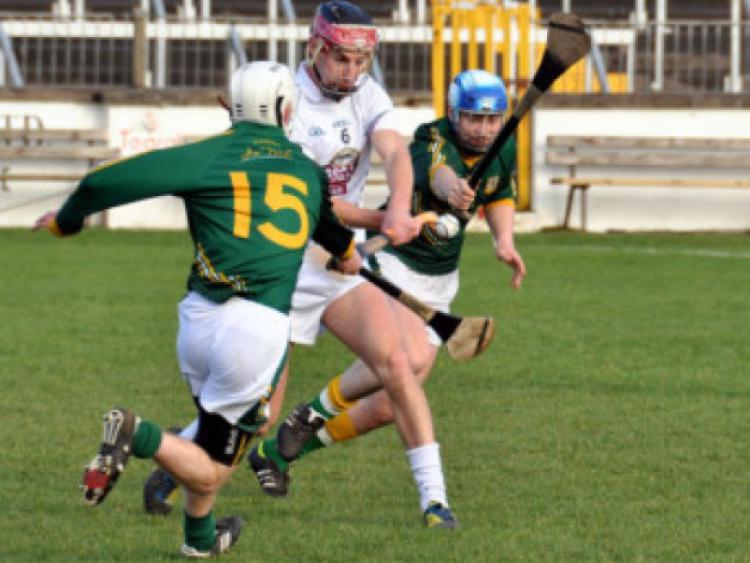 BRIAN Lawlor tasted defeat for the first time as Kildare manager last Sunday afternoon and he couldn’t hide his disappointment after watching his side throw away a golden opportunity of winning a first piece of silverware of the season against Meath in St Conleth’s Park, Newbridge.

BRIAN Lawlor tasted defeat for the first time as Kildare manager last Sunday afternoon and he couldn’t hide his disappointment after watching his side throw away a golden opportunity of winning a first piece of silverware of the season against Meath in St Conleth’s Park, Newbridge.

“We are very disappointed to say the least,” stated the Tipperary native.

“We should really have held out there in the end. We had a two point lead with a couple of minutes to go but we let it slip.

“That was our biggest test so far and we are very disappointed with a few things but we were in three competitions at the start of the year and we are now out of the Kehoe Cup, so we have two competitions still to play and that is what we are building for.

“We wouldn’t be happy with today’s performance; we had 24 wides in total and our wides tally would have won a match on their own if they had been scores. That is certainly one thing that would disappoint us, our wides tally.

“We were creating loads of chances alright but we had 14 wides in the first half. It wasn’t case of bad shot selection or bad decision making – there was only one of those wides that I thought he shouldn’t have gone for the shot; thirteen of the fourteen wides I had no problem with the guys taking the shots but it just wasn’t our day in front of the posts.

“And all this, believe it or not, is encouraging in that we have done absolutely no shooting in training, which is probably something that we will now need to work on.

“We would also be very disappointed with our performance during the second half of normal time and injury time in total.

“We just weren’t up to it and Meath certainly deserve their win based on the second half and then what they did in extra-time.

“We have a lot to work on; we’ve learned a lot more from that than we did from any of the wins earlier in the year. As a management team we saw a lot more today than we did over the last couple of games and we now know exactly what we have to work on.

“The Kehoe Cup served the purpose that we primarily wanted it to do. Over the course of all the matches we had a look at a lot of players and we now know more about maybe our best 15 is for the National League.

“But look, it was very disappointing to lose today; we would obviously have liked to keep our run going of winning games but we definitely are in a better position to select our team for the National League than we were before today,” said the Tipperary native.