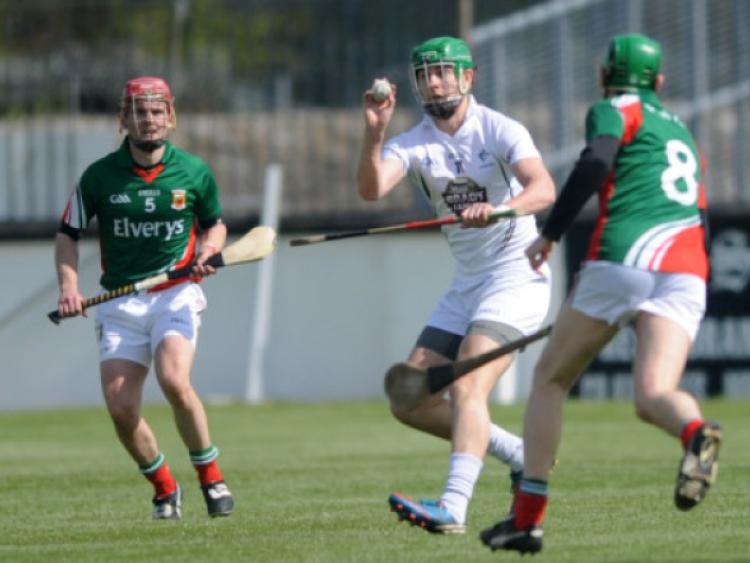 kildare minor hurlers had to sweat somewhat in the closing stages of this Leinster MHC Round 2 game against Carlow in Carlow on Saturday before booking their place in the quarter final and a date with hurling aristocrats Kilkenny.

kildare minor hurlers had to sweat somewhat in the closing stages of this Leinster MHC Round 2 game against Carlow in Carlow on Saturday before booking their place in the quarter final and a date with hurling aristocrats Kilkenny.

The Lilies advanced after a very impressive opening 30 minutes in which they led 2-9 to 0-5. However Carlow upped their game after the break and got within two points of Kildare, albeit in time added on.

Carlow opened with a Jason Shinners point before Kildare took the lead with points from Eoghan Doddy and the Eoin O’Hehir and while the home side soon equalised, Kildare kicked on going four clear with points from O’Hehir, Jonathan Reeves, Evan Dempsey and Brian Byrne.

Ollie Meaney and Byrne exchanged points before a long ball in by Daire Casey caused problems in the Carlow defence and Evan Dempsey was first to react to fire to the net.

O’Hehir added two before Niall Kelly made a fine catch over his marker, turned and blasted to the net to make it 2-9 to 0-4.

Shane Nolan in the Kildare goals denied Jason Shinners with a brilliant save before James Doyle got the final score of the half to leave it Kildare 2-9 Carlow 0-5.

Brian Byrne had an early opportunity to kill the game off but was denied by Jack Barron in the Carlow goal but Kildare increased the lead with Peter Moran firing over.

Carlow, however, were not for lying down and hit back with a James Doyle free before the same player got inside three defenders, lost possession but managed to kick the sliother to the net to leave it 2-10 to 1-6.

Eoin O’Hehir converted a free before the Carlow boys hit back with three points on the trot as they were showing increasing signs of putting Kildare under pressure.

Evan Dempsey relieved that pressure capitalising on a poor puck out firing over mid-way through and while that score was cancelled out by Shinners Kildare looked to have booked their quarter final spot when a long ball into the Carlow square was not cleared and there was the impressive Evan Dempsey to first time it to the net to make it Kildare 3-12 Carlow 1-10 after 49 minutes.

Carlow reduced the deficit with two points; O’Hehir replied with his own before the dangerous Conor Foley capitalised on some hesitancy in the Kildare defence to find the net.

Kildare were now under big pressure but an Eoin O’Hehir converted free eased that but then on 62 minutes Neil Cogan was on hand to fire in goal no. 3 when The lilies defence was again found wanting to leave just two separating the sides and while the home side did have an opportunity of one more goal as the game entered the 65 minute the chance was lost and final whistle arrived much to the delight of Kildare who now meet Kilkenny in the quarter final, The Cats having been beaten by Wexford but come back into the quarters.