Lilies stumble against Sligo but still in driving seat 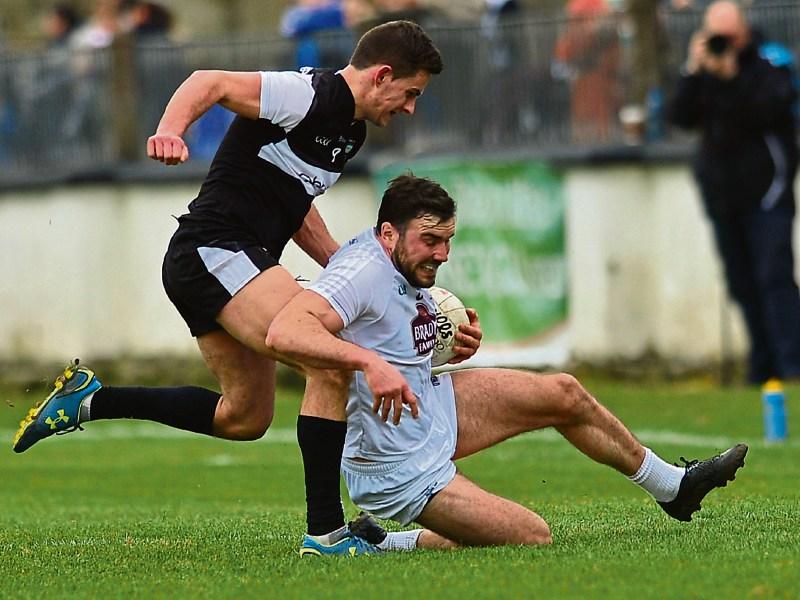 Fergal Conway of Kildare and Niall Murphy of Sligo in the Allianz NFL Div 3 Round 5 game in Newbridge. Photo: Adrian Melia

Kildare suffered their first defeat of the 2016 season on Sunday, going down to Niall Carew's Sligo by a single point in the Division 3 Round 5 Allianz National Football League game at St Conleth's Park in Newbridge.

Despite that The Lilies remain top of the division with their two closest rivals, Tipperary and Clare both losing to Longford and Offaly respectively.

With just two games to go Cian O'Neill's side are still in the driving seat. Their next outing takes place on Easter Saturday, away to Tipperary in Semple Stadium with the final game of league going ahead the following week in St Conleth's Park against Clare.

Manager Cian O'Neill expressed disappointment with Sunday's result, although admitting “there were a lot of good things about the performance” adding “there are days when you are defensively sound and days when you are porous but can and must learn from this which we will.”

Meanwhile, following a heavy defeat to Westmeath in the Allianz HL Division 2A, Joe Quaid's Kildare are facing a major dog fight to retain their divisional status.

This weekend Kildare entertain Derry in St Conleth's Park (2 pm). The Derry side are pointless having lost all four games, while the Lilies gained a valuable point against London that could yet prove crucial.

This coming weekend also sees the commencement of the senior football leagues, a league that has a real added focus this season with four teams being relegated from Div. 1; top from Division 2 promoted while fifth from bottom of Division 1 plays 2nd in Division 2.

All the three divisions get under way on Sunday afternoon for what will undoubtedly be very com-petitive action in all divisions.

Elsewhere Kildare U21s take on Westmeath on Wednesday in O'Moore Park, Portlaoise in the Eirgrid U21 Leinster semi final. Throw in is at 7.30.

Full reports and analysis from the weekend's action in this week's Leinster Leader, in shops now