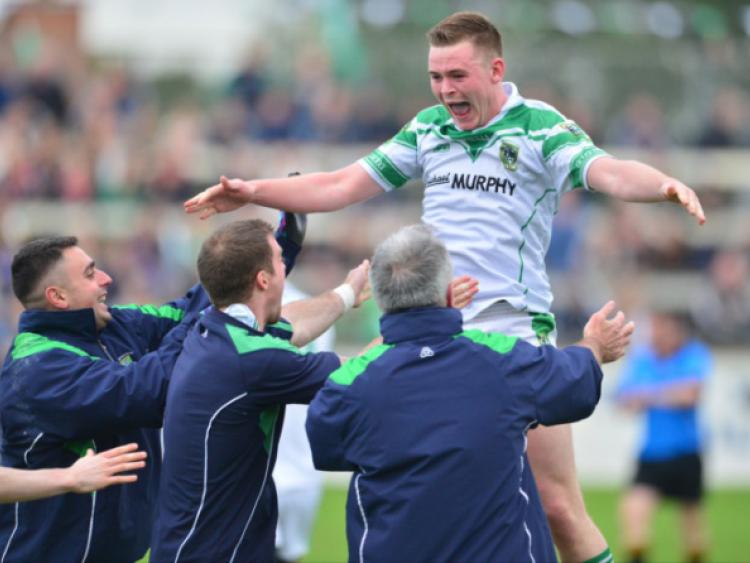 FOR a man who has won every honour with his club during a distinguished career, some a few times over, it was somewhat surprising when Ronan Sweeney hailed last Sunday’s Kildare SFC final win over Sarsfields as the sweetest yet.

FOR a man who has won every honour with his club during a distinguished career, some a few times over, it was somewhat surprising when Ronan Sweeney hailed last Sunday’s Kildare SFC final win over Sarsfields as the sweetest yet.

Veteran Sweeney, who was part of the Moorefield team that won the club’s first ever minor championship title 16 years ago, claimed last weekend’s win as an ‘unbelievable day’.

“Me, Paddy Murphy and a couple other of the older guys were just saying today that it doesn’t seem too long ago that we were down here in 1997 when we won the club’s first ever minor championship,” explained the long-serving Sweeney, who last July retired from inter-county duty with Kildare.

“There’s a few of us here today coming to the end of our careers; there’s been some great days and some really bad days along the way since but there is no doubt that this is the best day of them all.

“It is always a case of when you finish up with the county, whether you retire or not, that the club is everything. I am still involved all year round no matter how much I am away with the county, so to come back and win it (SFC) against your neighbours is that little bit sweeter. Fair play to them (Sarsfields), they are a fantastic team.

“It is great for the town. For them to win it last year probably drove us on a bit this year.”

Sweeney, nursing a back injury that he admitted was making it uncomfortable for him to even stand after the full-time whistle, added that he and his team-mates were worried entering half-time 0-10 to 0-7 adrift.

“We weren’t playing well – we were poor in the first half,” he said.

“They were playing well and we couldn’t handle their pace, particularly their half-back-line. We couldn’t get any moves together either – we were tipping over a few frees.

“But we all knew that we had more in us, so we just had to call upon all the training that we had done – we had been training hard all year and we knew deep down that we didn’t need to panic. As soon as we got a couple of scores we kicked on.

“We got to grips around the middle; we started winning a few breaks. I thought our full-forward line was doing particularly well in the first half but we just couldn’t get the ball into them. We were able to get a lot more early ball into them in the second half and they did a lot of damage in there…”

Moorefield’s attentions will in the coming weeks turn towards the Leinster club championship, a title they won in 2006. And the ace forward believes his side can mount another title charge against the provinces’ finest.

“It is something that you always think about, particularly when you have done it once before. That was such a great day and the greatest day that the club has ever had; to be involved in it was something really special.

“You always think about it every year when you start off the club championship; that year in 2006, you’d love to replicate it and now that we are back in that situation we will hopefully give it right good rattle.

“We’ve had some good runs in it and I don’t see why we can’t again. We still have the bulk of that team that won it that year – we are not that old but we still have some great players with plenty of hunger for more success.”