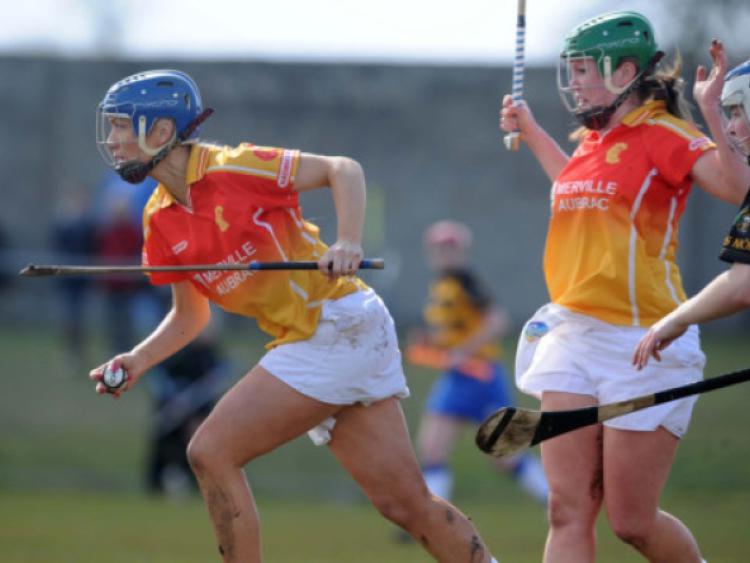 A second half fight back from the Deise tried to scupper what turned out to be a very success day for Kildare Camogie. A stunning first half performance from full-forward Susie O’Carroll, in this Irish Daily Star National Camogie Division 2 semi final, which saw her hit all of her sides first half scores finally secured Kildare a place in the final against Limerick.

A second half fight back from the Deise tried to scupper what turned out to be a very success day for Kildare Camogie. A stunning first half performance from full-forward Susie O’Carroll, in this Irish Daily Star National Camogie Division 2 semi final, which saw her hit all of her sides first half scores finally secured Kildare a place in the final against Limerick.

It was Kildare who began the game brightest with Susie O’Carroll hitting her first point of the day. Rectifying a first minute miss O’Carroll sent Kildare into a narrow early lead.

Less than 60 second later O’Carroll doubled her tally hitting her second free of the day, ensuring Waterford would pay for their early indiscipline. A third free for O’Carroll had her sides lead extended to three mid-way through the first half.

Seconds after hitting her third free O’Carroll showed the waiting crowds that what she can do from frees she can do better from play.

After receiving a long puck over the top of the Waterford defence from Louise Keatley, O’Carroll pointed with a slice from the left of goal. Getting the taste for seeing the white flag waving the superb O’Carroll hit her fifth consecutive point, this her second from play, after a long ball by Carol Nolan found Clodagh Farrell in the corner. Offloading to O’Carroll, the full-forward split the posts yet again.

In a bid to break up the O’Carroll dominance Waterford pushed up the field in a bid to get their account off the ground. The solo run from Nicola Morrissey resulting in a shot blocked by wing-back Angela Lyons, fouling Jenny McCarthy while attempting to clear this gave Trish Jackman a chance to point for the Deise.

Splitting the sticks with her attempt Waterford were finally off the mark.

Three further frees from he stick of O’Carroll round off the first half scoring with Kildare enjoying a 0-8 to 0-1 lead. All their first half points coming by way of the breath taking Susie O’Carroll.

Waterford were quicker to get to grips with the game in the second half as they opened the scoring after only two minutes of play with Shona Curran pointing after a Jackman free dropped short to Brid Byrne who’s clearance only managed to make it to Curran who hit her sides second of the day.

A point from Angela Lyons seen Kildare restore their half time lead before Waterford made an attempted come back.

Two frees from the stick of Trish Jackman and a point from Jennie Simpson had the Kildare lead cut to four points on a score line of 0-9 to 0-5.

A Caroline Forde point had restarted the Kildare attack after a clearance by Waterford keeper Deirdre Brennan fell straight to Forde who pucked the sliotar over the bar with ease.

A point from Siobhan Hurley before a final free from the stick of O’Carroll seen Kildare into a strong seven point lead yet again as the clock ticked down. Three further Waterford points had the game back in the the balance with four minutes on the clock and the sides separated by four points.

The sides fought out an intense final four minutes as Kildare refused to let this game slip from their grasp. As the game entered injury time Waterford gave one last effort to rescue the result but a clearance from Aoife Trant left Waterford devoid of ideas and rueing their early indiscipline.