As Mrs H says 'sure it's great to be back' 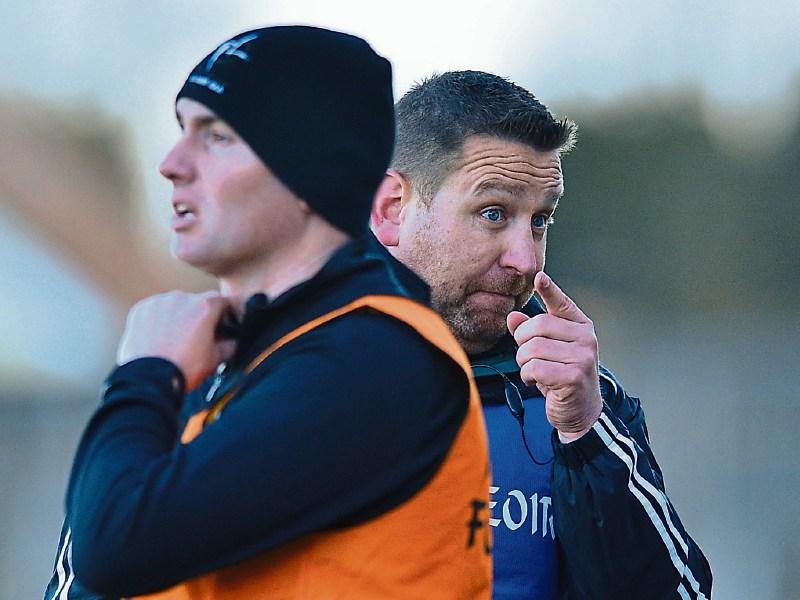 M rs Heffernan was in her usual spot long, long before many Kildare fans had cleared their dinner plates (or finished off a pre-match pint).

The Nurney lady, one of Kildare's most loyal supporters, takes nothing for granted as time out of number she is first to take her seat on match days.

Just three days into the New Year and chief of 'front of house affairs', Noel Connolly, is spotted keeping a close eye on proceedings as the clock begins to climb towards the 2 o'clock mark.

Inside Pat Schwer is as busy as ever, not sure doing what mind you but he looks the part as Johnny Goulding, chief operations manager in the vicinity of the Birds' Nest is looking somewhat anxious (probably trying to figure out exactly what the Schwer lad is doing).

Caragh's Joe Moore is shaking hands and wishing one and all a Happy New Year that would lead one to believe (only fleetingly) that he may be contemplating a run in the upcoming election.

Suddenly a flash back (not from today or yesterday mind you) of a county board meet-ing when Joe was having an argument with the then chairman, Jack Wall, before Jack reached the heights of Dáil Éireann.

Not unsurprisingly Jack was winning the argument telling the Caragh delegate he was out of order when Joe suddenly jumped up out of his seat shouting “well Mr Chairman we don't really care down here, we're all Fianna Fáilers.”

How Jack didn't fall out of his seat laughing I will never know but one thing is for sure once Joe is on the premises there will rarely be a dull moment.

Meanwhile Cian O'Neill puts his players through their warm-up as Padraig Brennan, Brian Flanagan and the softly spoken Murph keep a watching brief.

The stands (sorry stand) is filling up as we spot the Higgins from Naas (and Rathangan); Frank Moran from Ballyteague, the ever present Patsy Foley from Kill and Gus Fitzpatrick from Kerdiffstown are all all marked in present and correct.

Kathleen Keogh (and family) from the county town is smiling as ever, although still missing The Geezer, while the Clancy clan from Sarsfields take up their usual seats as the sides emerge out and a new season of hope, a new season of promise; a new season of expectation is about to get under way.

Kildare may be operating in the depths of Division 3 but that does not stop close on 2,000 fans showing their allegiance to The Lilywhites.

Chairman Ger Donnelly is buzzing around as Camillus Walsh appears ... without his beloved missing dog 'Sash.' Rumour has it the bitch has returned but being a 'Doubting Thomas' I won't believe it until I see her with my own eyes and even then I wonder to myself, how long before she makes a break for freedom again?

The game gets under way and it is obvious from an early stage this is going to be very comfortable for Cian O'Neill's first outing, as new kid on the block Adam Tyrrell practically beats the students on his own with a nine point tally in a fourteen point victory.

'Flats'' shows he has lost nine of his scoring prowess chipping in with a half dozen white flags while Sash hero of 2015 Ray Cahill, hands the ball over to his new 'forever friend' Tyrrell who duly pops over the close-in free.

But just to give his new gaffer a gentle reminder, the Sarsfields man, not long on the pitch, immediately fires over an absolute beauty
himself.

As Mrs Heffernan says “sure it's great to be back.”