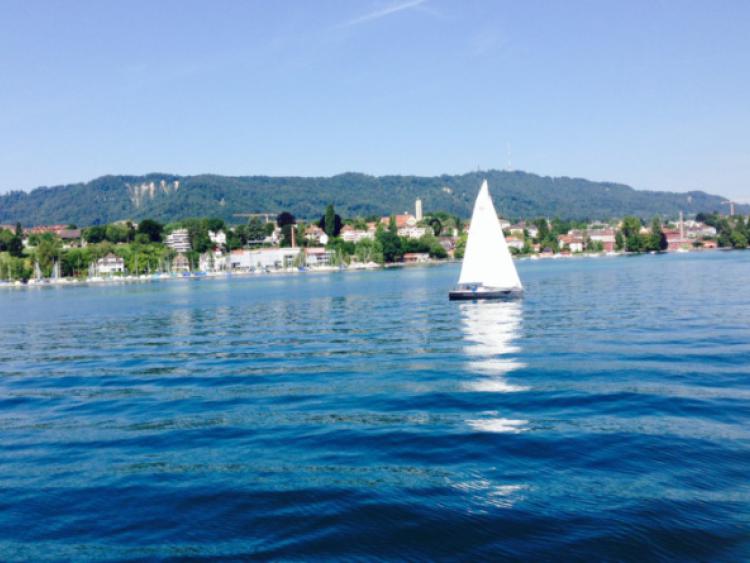 Zurich as a city break destination has something to offer even the most seasoned traveller.

Zurich as a city break destination has something to offer even the most seasoned traveller.

There is city life, but there is also the magjestic beauty of Lake Zurich nestled in the heart of the hustle and bustle like a peacful oasis amid the chaos.

Only a short train journey away from the city will take you to the quiet terrain of the nearby Uetilberg, aka Zurich’s local mountain, while a simple ramble through the Old Town centre is a lovely way to witness a piece of living history. And for shops and bars there is always the nearby trendy quarter. The flight time is only two hours from Dublin flying with either Aer Lingus or Swiss Air.

I was lucky enough to spend three days in Zurich recently to experience all that the city has to offer, starting with the Zurich Festival of culinary delights at Zurich Airport.

Il Tavolo - Zurich’s Table took place from June 25 to 29 last to offer a glimpse of some first class Swiss cuisine for food lovers of all ages. Throughout the city, guests are treated to a dining experience extraordinare with a 650 foot long table set up to feed the masses.

The opening night took place in a specially reserved area of the airport where Michelin star chefs of all varieties cooked up a storm in a free for all, as much as you can eat type setting. The idea was to taste as many of the wonderful dishes as possible while seeing them being cooked and leaving some room for dessert, champagne and a wonderful array of Swiss chocolate (the rasberry was a taste senstation), macaroons, caviar and cheese. As luck would have it, this was followed by a big screen showing of the World Cup match between Switzerland and Honduras, which brought more good cheer to an already fabulous evening as Switzerland won the match.

At first, the idea of hosting a food festival in an airport hanger seemed like a strange location, but as airports go Zurich is one to visit. Its other claim to fame is that it was the back drop of the U2 video ‘A Beautiful Day’. The following day, we took in a cruise of Lake Zurich spanning an hour and a half, and got a glimpse of its picturesque villages, vineyard clad hills, swimming areas and stately villas. Our tour guide Monica informed us that legendary singer Tina Turner and tennis champion Rodger Federer both have villas looking on to the lake.

Alongside the serenity of the lake, what struck me most was the freshness of the air. If you could bottle it and sell it then Zurich would be on to a winner. The combination of the gorgeous views of the city straddled by the snow-covered Alps as a scenic backdrop was breathtakingly beautiful, so much so that, after just five minutes on board, the hustle and bustle of the city seemed very far away.

The afternoon took in a lovely lunch at a grocery market hall in the Viadukt shopping area called the Markethall where the chef is inspired to change the menu daily depending on what is availalbe from the market. The market is built into the railway bridges that service a busy railway line so every now and again the place shakes quietly as a train whizzes by over head.

A tour of the industrial district and trendy quarter took in a look at where the old meets the new in Zurich. There is a real undercurrent of artist workshops, clothes stores and funky furniture stores nestled in former industrial spaces and disused units. This has brought back a real lease of life to the area which is also dotted with bars, eateries and the best view of the city via the Clouds Bar situated at 36 storeys high. The area is teeming with life and every second person seems to rely on the sturdy comfort of a bicycle to zip through the city. This is a great way to see the city as I can attest to thanks to my bike (called Heidi, honestly, the name was on the side) which was offered free to guests of the hip 25hours Hotel located in the Zurich West region of Toni-Areal. The hotel was located in a great spot, near tram lines and just walking or cycling distance from the Trendy Quarter.

The last day took in the local mountain which is only a few stops away from the city centre by train and is covered as part of the Zurich Card travel deal. The mountain top is only a short climb from the station through beautiful wooded terrain up to a spectacular view of the city below. The air is crisply clean and again the Alps can be seen in the distance. Lunch was provided in the Uto Kulm restaurant which offers views that can only be compared to a picture postcard. As a child I used to watch the TV Series Heidi and besides being my bike’s namesake, it was based in the Swiss Alps. I used to marvel even then at the beauty of Heidi’s little world as even her walk to school seemed glorious. So sitting up in the mountains with the city below and the Alps in the distance I almost expected Heidi to walk past, followed by a few goats, on her way to somewhere else. Not that she did of course but I would not have been in the least bit surprised if she had - such is the beauty of the Uetilberg mountains and the wonder of the city below.

For further information check out www.myswitzerland.com.