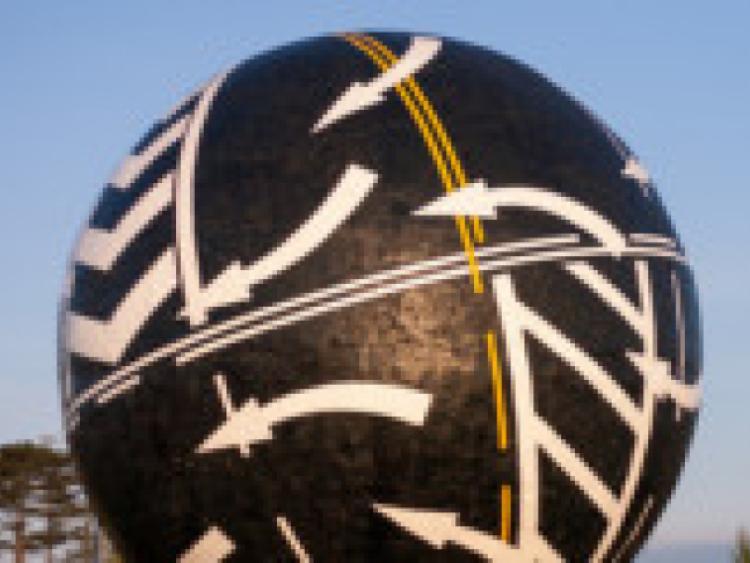 The last thirty years have gone quickly – so quickly that it might take some convincing to believe that next month marks the 30th anniversary of the Naas by-pass – Ireland’s first motorway.

The last thirty years have gone quickly – so quickly that it might take some convincing to believe that next month marks the 30th anniversary of the Naas by-pass – Ireland’s first motorway.

Little did those who attended that occasion on an autumn morning in 1983 envisage that in time the Naas-by pass (or “Motorway Seven” to give its correct title) would be the first instalment in a network of motorway standard roads which would would extend from Dublin to the major cities in the south and west.

It would be another decade and more before the motorway’s asphalt surfaces extended west and south through Co Kildare in the process by-passing Newbridge, Kildare, Monasterevin as the full M7 project was rolled out.

Similarly the Kilkenny/Waterford road became the M9 motorway opening up an alternative route to the great Norman cities of the south-east and passing Kilcullen and Castledermot as it went.

Not alone was the lie of the land changed in a material way by the construction of the new roads but so too were the mental maps by which we confirm our sense of place.

New connections were made and old links disrupted as the road building traversed the county.

Although strangely despite all the new infrastructure it is still as difficult as ever to get from east Kildare to north Kildare.

The Leixlip-Celbridge-Maynooth corridor on the M4 seems almost a separate place from the Naas-Newbridge-Kildare axis on the M7.

Whatever about links within the county, Kildare has a long history of travel and transport based on the way in which its geography straddles the lines of communication – road, rail and canal -- converging on the capital city.

Another way of saying this is that no traveller making an expedition from the Dublin could get anywhere south or south west without going through Co Kildare.

A happy outcome of Kildare’s straddling of the main routes through the county is that it has left a library full of reports and records made by travellers on their way through.

Naas, as the junction of the old Norman routes to Waterford and Limerick, was the beneficiary of many diary entries in the memoirs of those passing through.

Our first traveller in time is Arthur Young who, in 1777, toured the country and made a close study of the living conditions of the people:

“Left Dublin on 24th September and taking the road to Naas, I was again struck by the great population of the country, the cabbins being so much poorer in the vicinity of the capital than in the more distant parts of the kingdom.”

A few years later another wandering scribe, one Austin Cooper came this way.

In his diary of 1781 he remarked of the county town: “The town of Naas is small and old looking, having some ancient castles built there-in.”

He surveyed the ruins of an old Dominican Abbey and his conclusions would hardly have endeared him to the tidy towns committee of the day: “Of it remains a small square steeple on an arch … but a more ruinous pile I have never yet seen.”

The position of Naas as a sort of cross-roads of the nation was repeatedly stressed in old accounts.

One of the early travel books – “The Travellers New Guide through Ireland” – published in 1819 relates: “

On the great southern mail-coach road, the County of Kildare commences … beyond the fifteen milestone (English miles) stands the town of Naas on a lofty ridge of ground.” The guide described the dividing of the two main routes to the south in the town of Naas – a centuries old arrangement altered forever when the town was by-passed in 1983: “From the southern end of the town, two mail-coach roads issue, that to the left running to Carlow … the Limerick Mail Coach road sweeps to the right ….”

The county town had all the facilities expected of a town straddling a major highway.

“The coaches in those days kept so many horses employed that the west side of Dublin Road and John’s Lane were all full of horses.”

In a later century one of the most intrepid traveller to pass this way was William Bulfin who braved the rigours of road and weather to tour the country on that most dependable of machines – the bicycle.

His first view of Kildare was from the wind-swept heights where the great road south passes between the hills near the Blackchurch Inn.

Travelling at a slow speed he took in the vistas opened up by the subtle gradients in the road as it comes down off the hill at Blackchurch:

“A few miles takes you to a noble ridge over one of the richest plains in Leinster … to the westward sweep the green pastures and meadow and the dark welts of timber … until the wideplain grows dim in the soft haze along the horizon and melts into the sky.

A little to the southward … seen in a gap in the wood below you, rises the Hill of Allen which beckons you to the Curragh of Kildare.”

However Bulfin’s admiration for Kildare’s roadside landscape was no comfort to the impatient travellers of a later era and by the last quarter of the 20th centuryopinion spoke of the frustrations of the tail-backs through Naas while townspeople grappled with an onslaught of through traffic.

A columnist in a national newspaper spoke of Naas being “a wretched little town” such was his chagrin at being delayed on his itinerary south. But the authorities were listening and in the early 1980s an arc around the town was populated by yellow machines digging up the gluey clay and laying down miles of pristine asphalt. Nothing would be the same ever again.