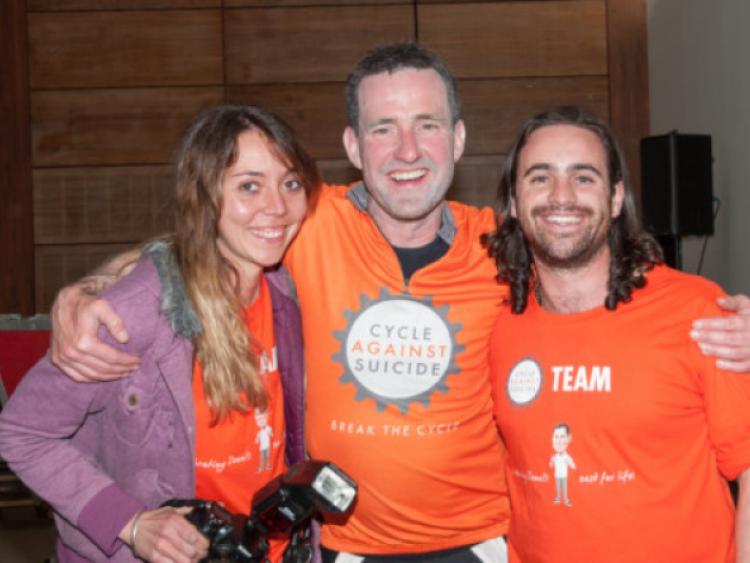 A Newbridge photographer answered the call for volunteers to work behind the scenes for the Cycle Against Suicide from Dublin to Galway recently.

A Newbridge photographer answered the call for volunteers to work behind the scenes for the Cycle Against Suicide from Dublin to Galway recently.

Photographer Dean Kelly (28), who lives in Roseconnell, volunteered his services with his partner Ella Hough, who is also a photographer, from South Africa.

They travelled on the media bus and took pictures of the cyclists along the way.

“Both myself and my partner Ella Hough from South Africa volunteered our photography services for the first week of the cycle event,” said Dean, who is orginally from The Curragh.

“It was an absolutely amazing experience, something different and for a good cause. The idea was to create awareness around mental health. One of the ideas was to say ‘it is ok not to feel ok’ - to cut the tie that leads to suicide when people get so bogged down and think there is no other option so suicide becomes the option. This allows people to be more aware and to have that conversation about mental health and to accept that.”

Dean and Ella’s images are now being used to help promote the awareness campaign via the web site and the Cycle Against Suicide facebook page.

“Everyone on the event is there on a voluntary basis, no one is been paid and they are not trying to raise money, just raise awareness on mental health and the options associated with it,” he said.

The main objective of the cycle was to raise awareness of the considerable help and supports that are available for anyone battling depression.” The cycle took place from April 22 to May 5.