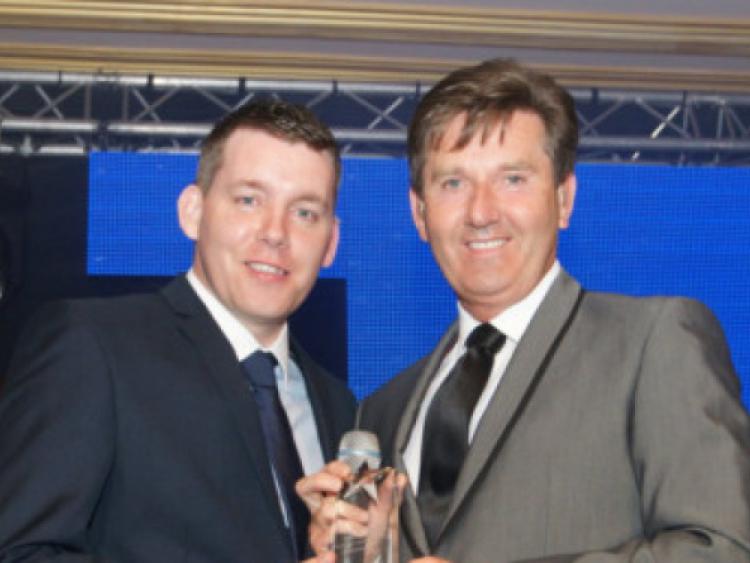 Along with Mary Duff, the Donegal singer was presented with the Achievement on the World Stage award.

“It was a fantastic night. We had about sixty walk-ins on the night and we accommodated them. It was totally sold out. It was fabulous,” said organising committee member, Dymphna Murphy.

“Daniel was brilliant. He went on stage at the end to perform. He posed for photographs and he had a word for everybody.”

The committee were keen to get Daniel to perform at the awards. Last year, he was away and this year, the organisers managed to line up the awards night so he would be free to attend. The awards were sponsored by a variety of local businesses including Jolly Café & Restaurant, The Spout, Drain Doctor, LCM Promos, Qsat, Ben Dunne Gyms, McTernan’s of Kilcullen, Larkin’s Bar & Lounge, Kildare At Click, Kildare County Council, Kfm Radio, The Hazel Hotel, The Oakwood Inn, and The Killashee House Hotel.

This is the third year the awards have been in operation and the committee are thrilled they have been so successful.