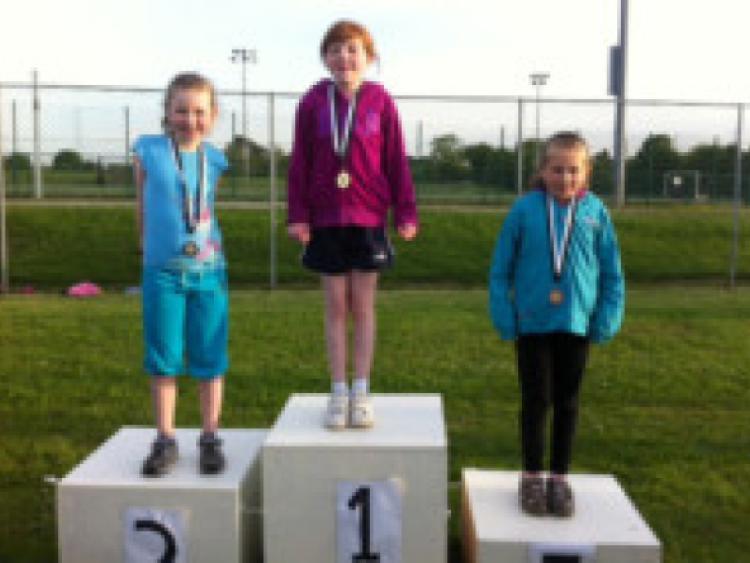 NAAS may once have been styled as the fastest growing town in Europe but it has no fully organised Community Games competition for a number of years.

NAAS may once have been styled as the fastest growing town in Europe but it has no fully organised Community Games competition for a number of years.

However that was remedied with the organisation of local competition after a new committee was set up in the town.

More than 100 boys and girls participated in a variety of athletics competition at the Naas Sports Centre complex, which also accommodates Naas Athletic Club.

The winners qualified for the county finals, which are scheduled to take place at Clongowes Wood College.

The youngest age group taking part was the under 8 category, featuring sprints over 60 and 80 metres.

There were many fine performances among them Matthew Leckey who won both sprint events at under 10 age level. Dean McAuley won the hurdles event.

Andrew Whittaker, Robert Cahill and Jack Cleary, dominated the under 14 events on the day.

Ailbhe Gallagher and Maria Naughton also won gold at under 14 level while Nicola Dunne and Brianna Reilly won the under 16 competition.

The under 8 competitions were among the most exciting and the gold winners were Cian Villing (60 metres), Paul L’estrange (80 metres), Eve McGettrick (60 metres) and Siofra Flynn (80 metres).