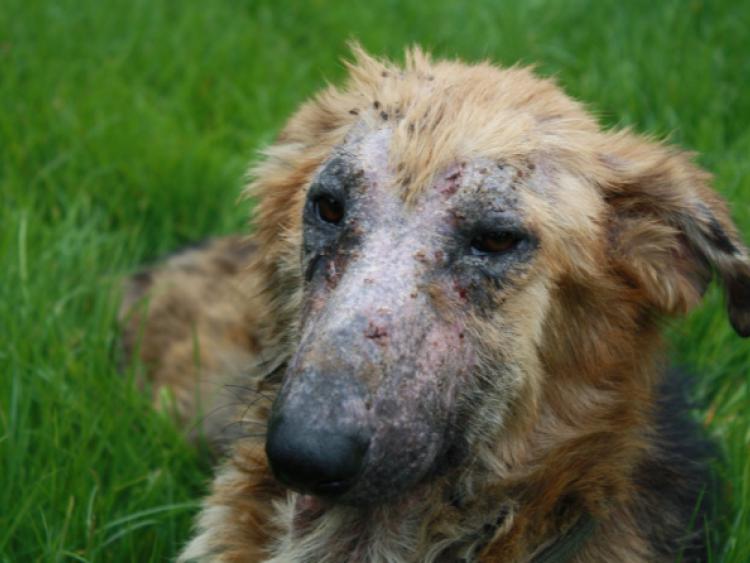 A local animal shelter has spoken out after encountering an extreme case of animal neglect and cruelty.

A local animal shelter has spoken out after encountering an extreme case of animal neglect and cruelty.

The dog was discovered lying in a ditch at Hybla in Monasterevin by a passerby, and the Kildare town shelter was contacted to see if they could rescue the distressed animal.

“She was petrified, you can see how badly neglected she was,” said Dan Donoher of Kildare Animal Foundation.

Dan estimates that the female dog is less than a year old.

“She is very skinny and has sores all over her and has mange. The sores are from scratching,” he added.

The shelter volunteers found that flies had laid eggs behind the dog’s ears, which had hatched into maggots.

Dan slammed the owners of the dog for the state of neglect into which they allowed the anmial to lapse.

He added that the voluntary foundation, which treats injured and sick animals, is seeing an increasing number of neglect cases.

“We do see a lot of mange cases, a lot of lurchers come in with that. Nearly every dog that has arrived into us since Christmas has something medically wrong wit it. It is getting worse.”

He pleaded with dog owners not to ignore problems in their animals so they escalate out of control.

“Maybe owners don’t have the money to deal with it or maybe they’re ignoring the problem and leaving the animal in the back garden,” he said, but noted that vets might be willing to do a deal if a cash strapped owner cannot pay for treatment on the spot.

He warned that there could be severe consequences for the owner if they are found with a badly maltreated animal in their care. “If the German Shepherd was found in someone’s garden, the case probably would have ended up in court,” he said.

Meanwhile, it looks like there’s a better future in store for the rescued dog. Florence, as she was named by volunteers, is making a good recovery but will need further medical treatment.

“If anyone would like to sponsor her care, we would be delighted,” said Dan.

Kildare Animal Foundation can be contacted at 045 522929 or www.animalfoundation.ie.

You can read Dan Donoher’s weekly Pet Rescue column every week in the Leinster Leader.