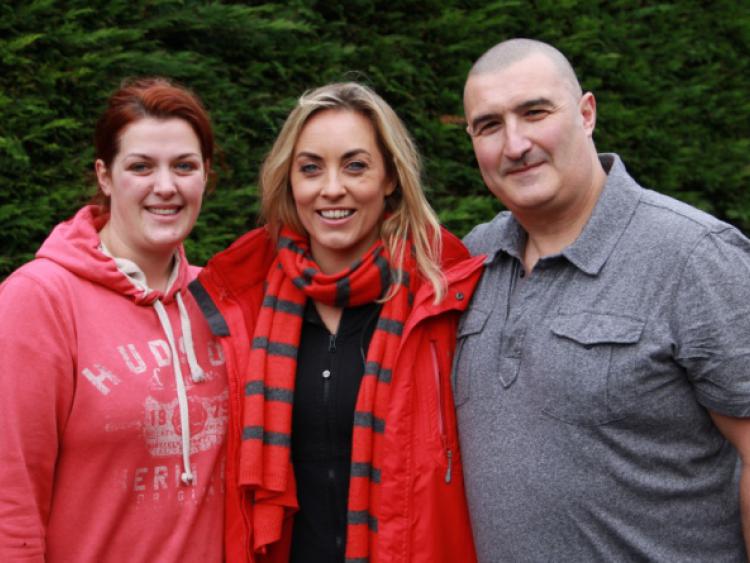 The Lilywhite county is well represented on Operation Transformation this year, with two of the popular health makeover programme’s leaders hailing from Clane.

The Lilywhite county is well represented on Operation Transformation this year, with two of the popular health makeover programme’s leaders hailing from Clane.

Marc Gibbs, 44, a father of five who is originally from Clane, has always struggled with his weight and has tried many fad diets and exercise programmes.

Once a keen runner, he completed the Dublin City Marathon just two years ago but says he couldn’t even jog around his estate now.

He says he wants to “end his love/ hate relationship” with himself and his weight and finally get some sustainable balance in his life.

Bride-to-be Sarah Campbell is a 24-year-old mum to two youngsters under four. She is engaged to electrician Mark, who she has been going out with since she was 14.

Their son Patrick died two years ago, soon after he was born.

The last two years have been incredibly tough but the family is starting to come around now.

Although the wedding is planned for June, Sarah hasn’t booked the photographer yet as she doesn’t want to think about pictures of herself. She is adamant that she will not be a “fat bride”.

Operation Transformation will air on RTE 1 on this Tuesday night, January 7, at 8.30pm.

Leinster Leader columnist Dr Eddie Murphy will be among the panel of experts who provide advice to the leaders during their transformations.